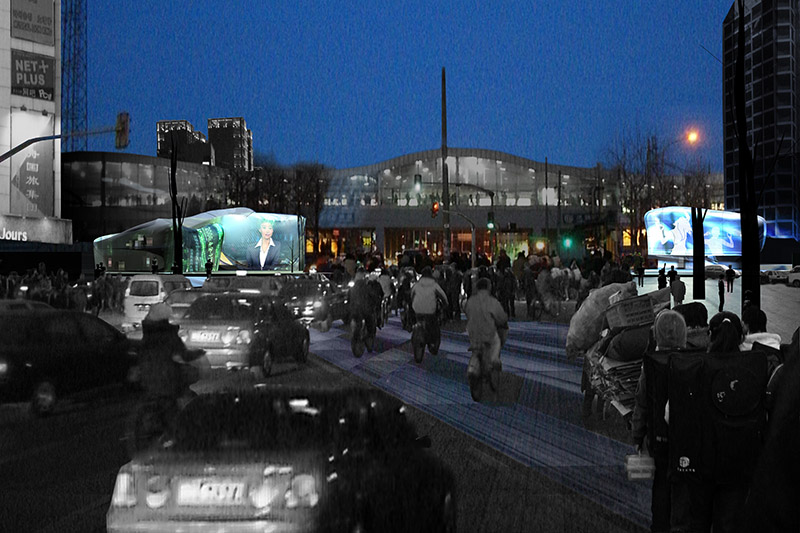 The design studio called for an information center in the site. Instead of making a building that concerns inside space, I wanted it to be outward - to serve the city.

Wudaokou was one of the busiest spot in Beijing: best universities, top IT companies, all kinds of shops and bars. Along with its booming development were desire and anxiety. Everything of it converged at this crossing of two roads and two railways. For those who stuck in the everlasting traffic jam, I proposed this screen to release their stress and bring some fun.

As a construct that purely served visual demands, it should be made visible for every potential audience.

A study was taken on visual requirements of each kind of audience - static, on the move, on their feet, in vehicles, etc. Assuming that the distribution of people is constant in the long term, I was able to evaluate the visibility of any screen shape. 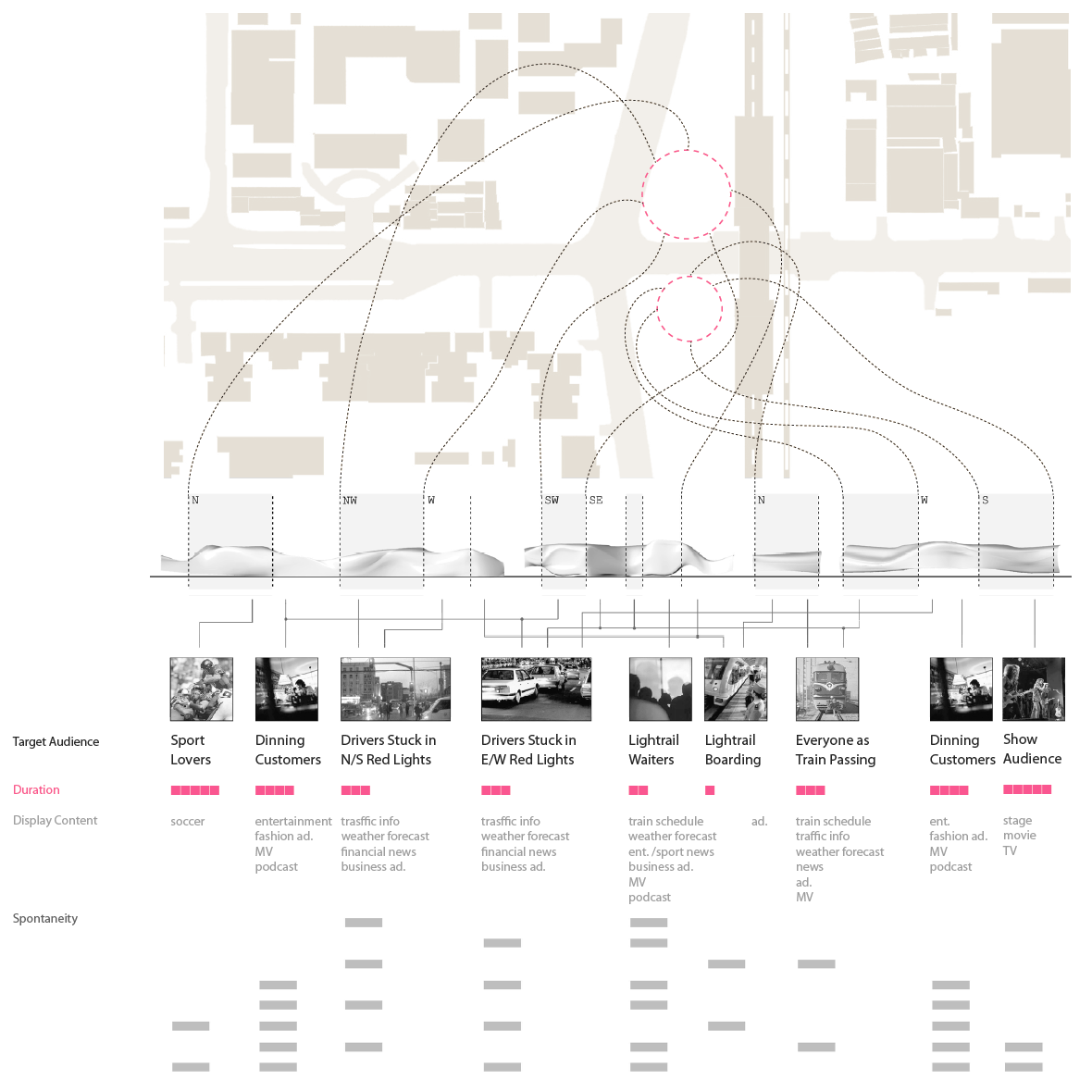 Directions being observed from: 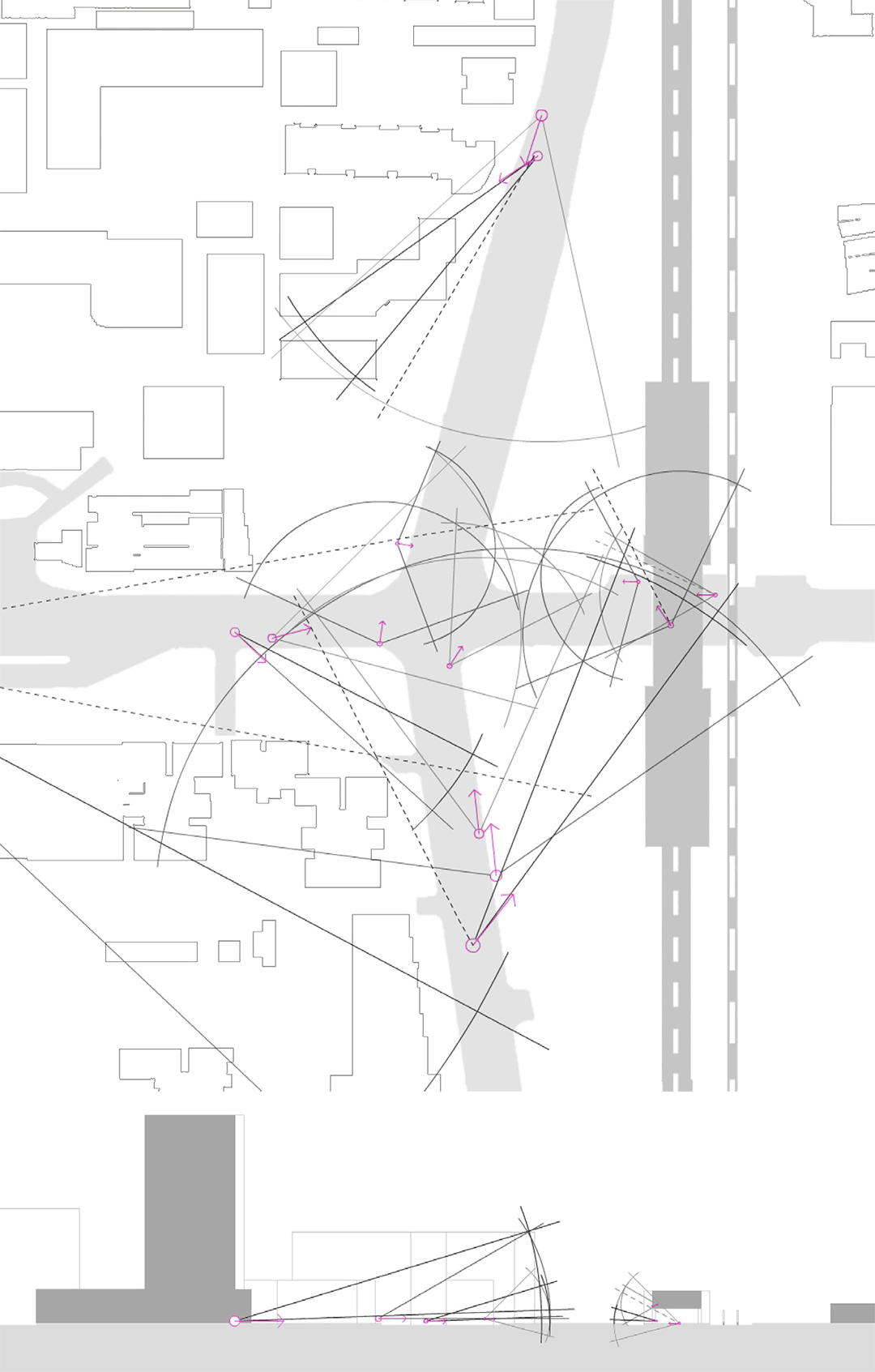 Mode of motion of the audience: 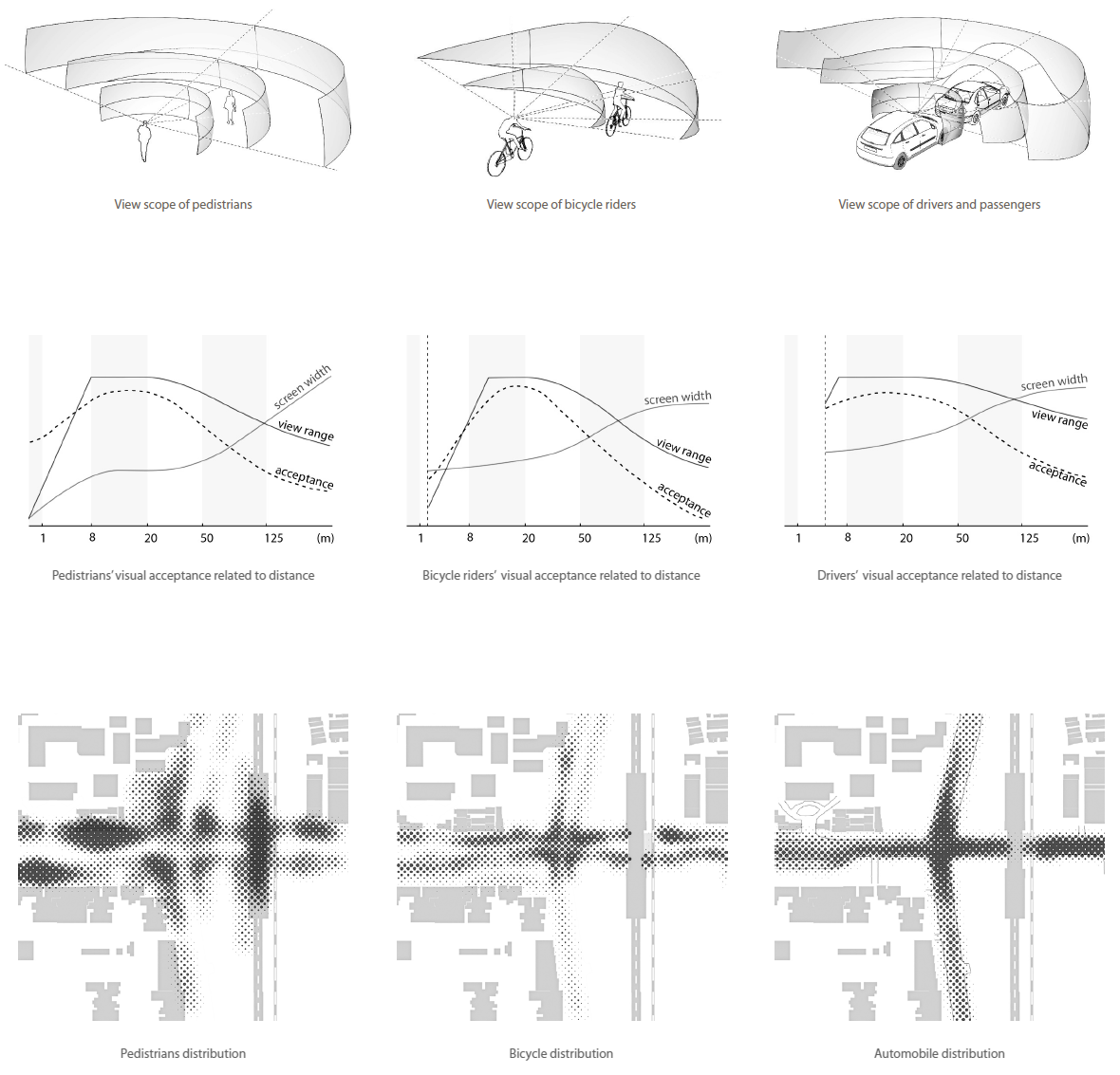 A script was written to do the job. It could generate the optimal forms of the screen from circumstancing parameters.

Hundreds of candidate forms of the structure were generated. 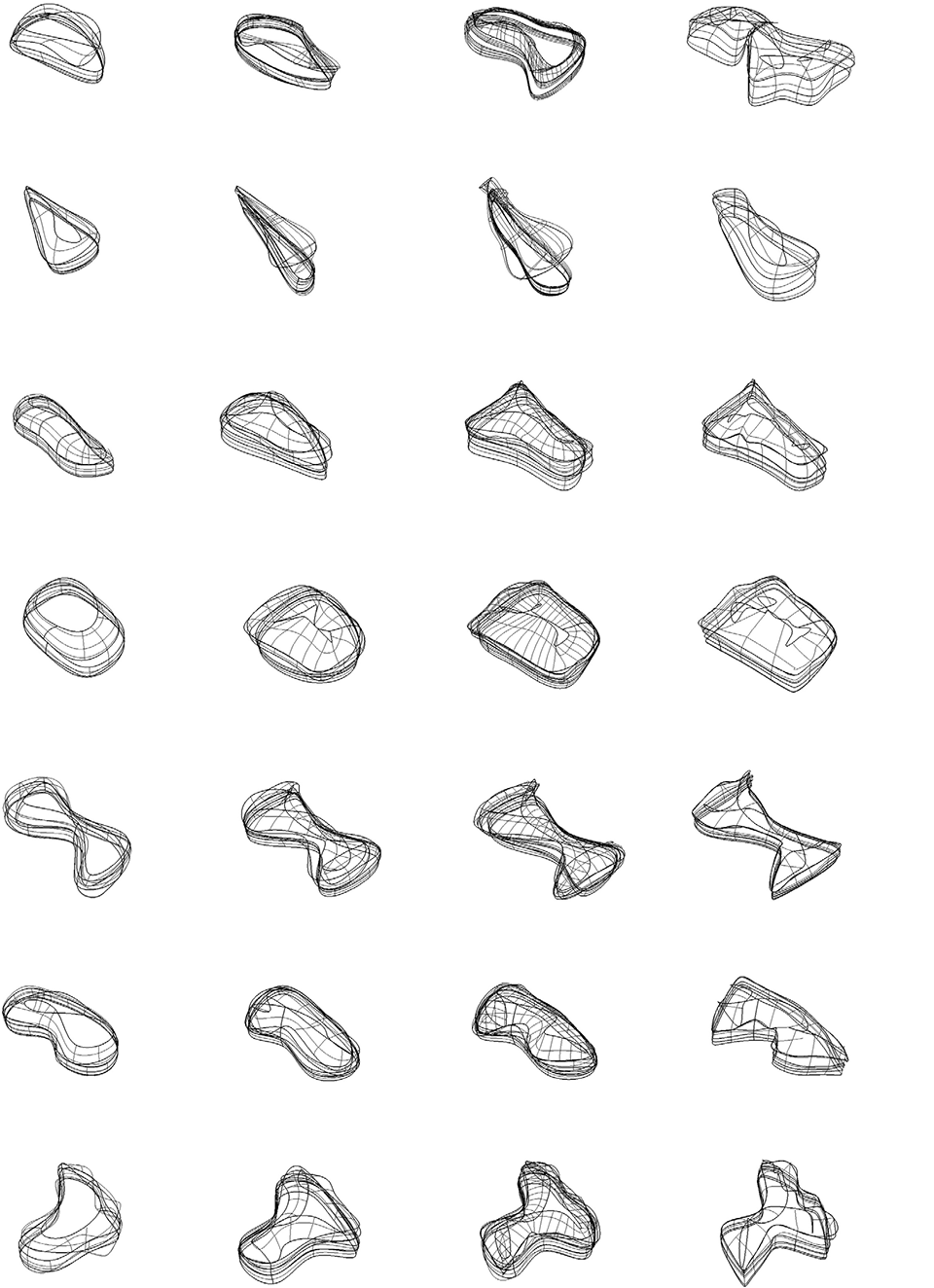 The following renderings and drawings don’t show a single decision, but one of the numerous possibilities: 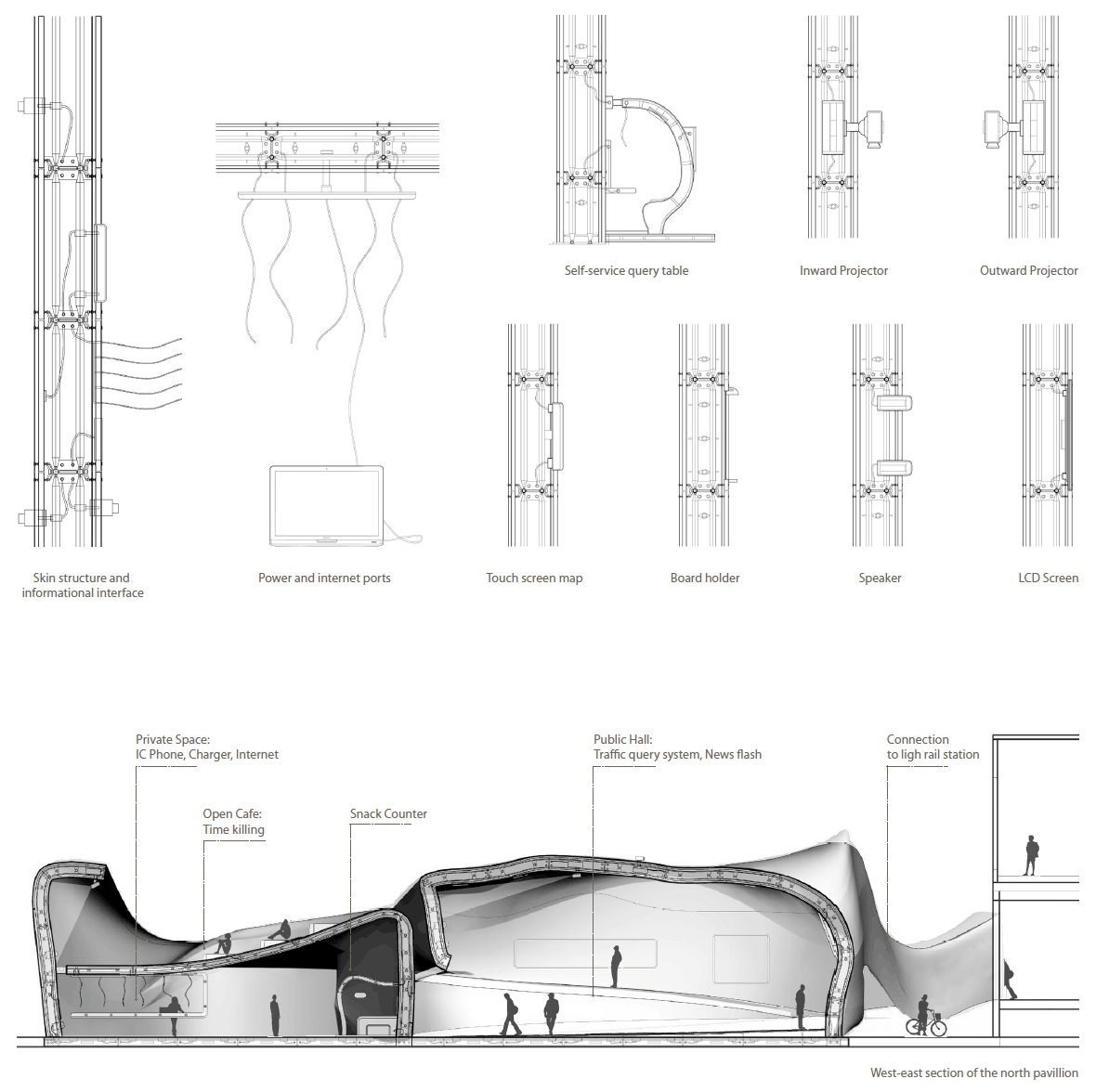 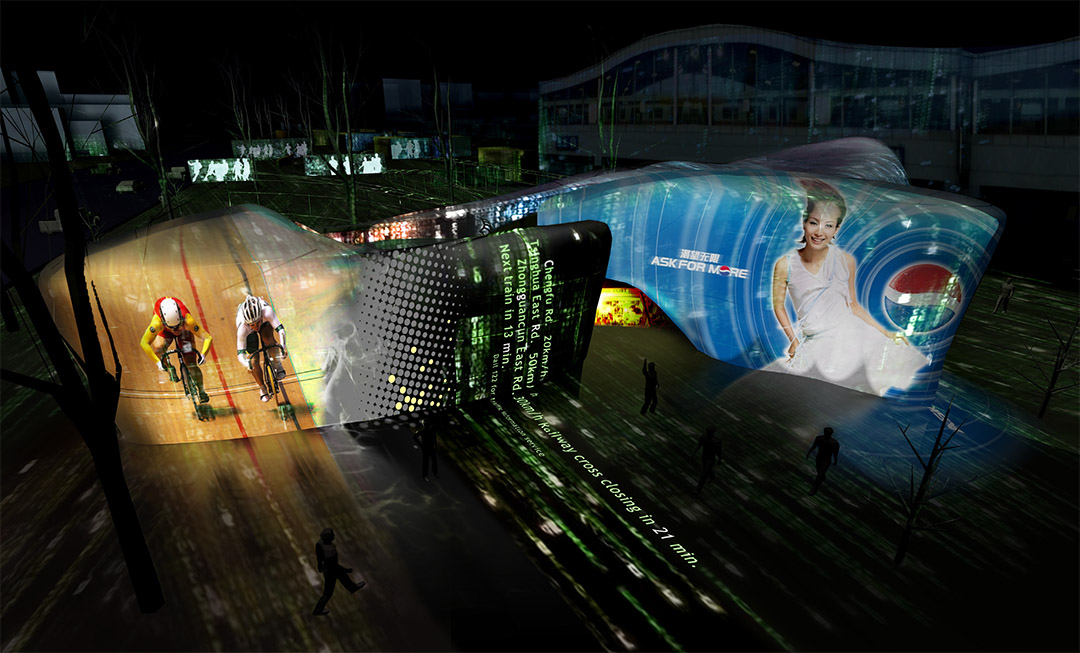