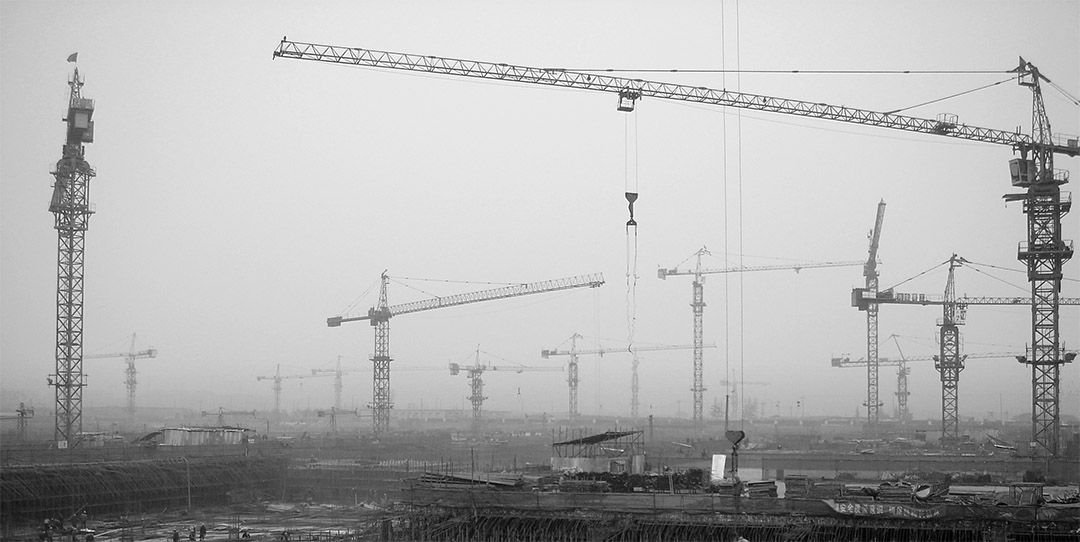 In this task I experimented with a new urban design procedure: design based on simulation.

The 2008 Beijing Olympic Central Zone was the biggest constructing site in the world. The future edifice was still on blueprints. At the time, any urban design for its neighborhood seemed an imagination based on imagination. This might be a dilemma for all urban designers: implementation of a design takes years, but the city changes much faster. Can we still count on urban designing to solve today’s problems?

The simulator is based on Cellular Automaton model. The simulated region is divided by grids, and each unit of land has its use. The type of land reflects its vitality, and might change after vitality changes. At one moment, the vitality of each unit is decided by the status of its neighbors. 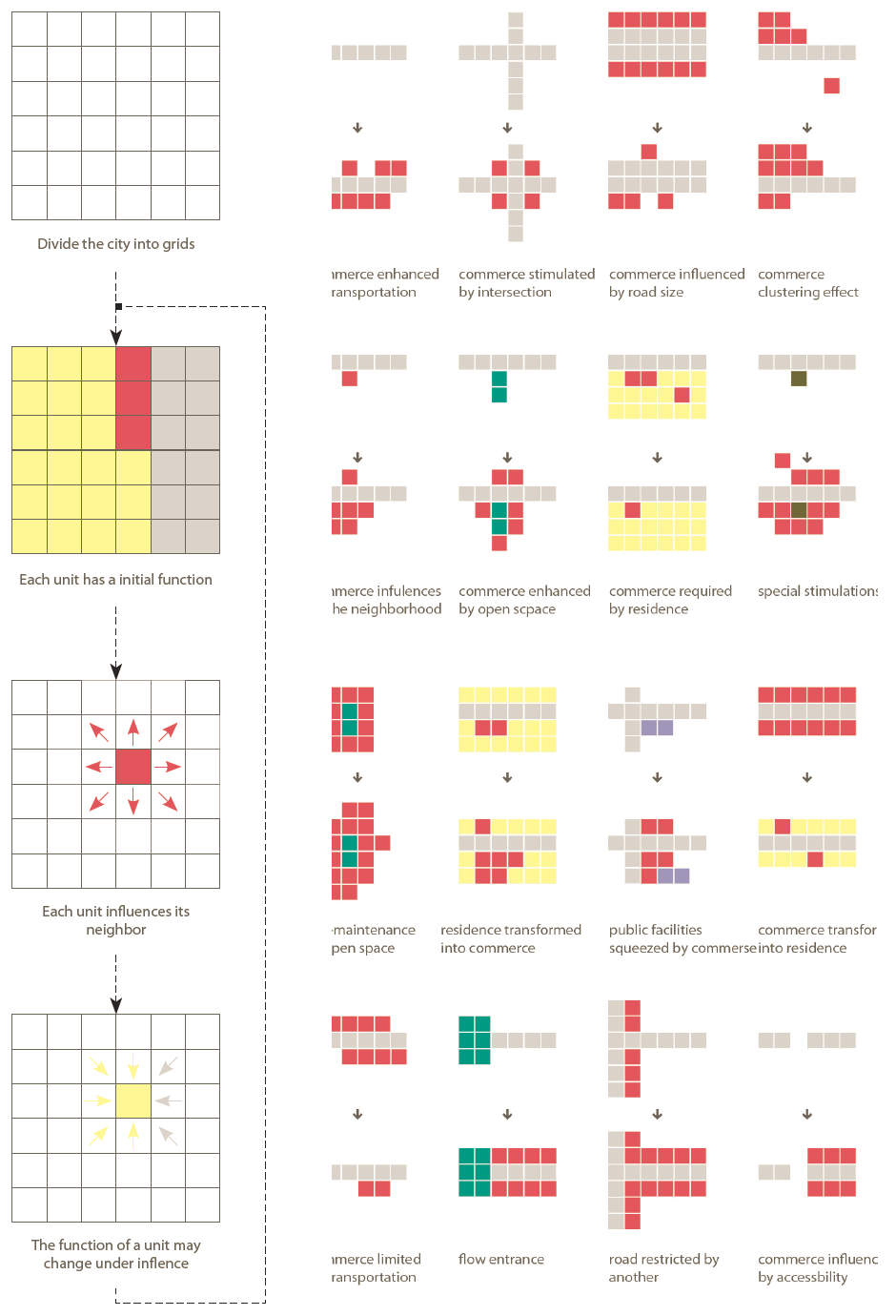 The variables that controls how different type of land affects on its neighbors, that is, how the city evolution happens.

To decide the global parameters I choose three other sites in Beijing and simulated their developing history. The set of parameters that are best in accordance with reality is considered best representing the city of Beijing. 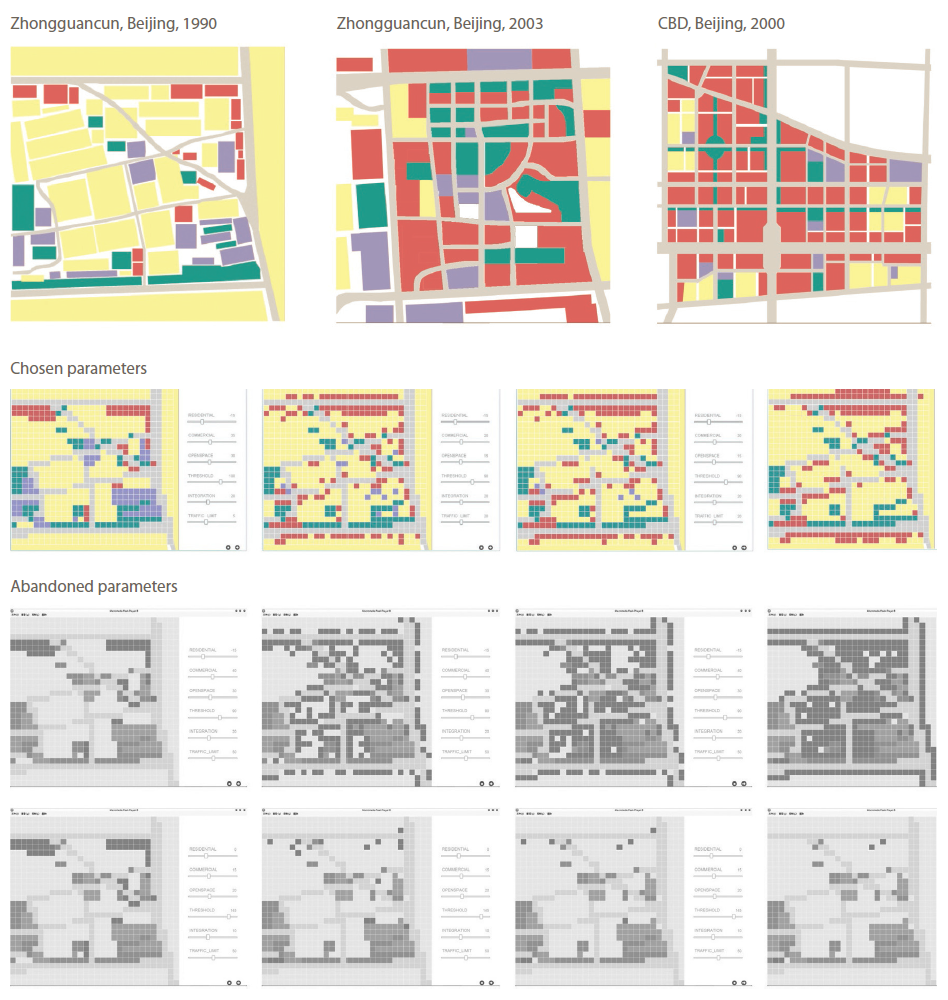 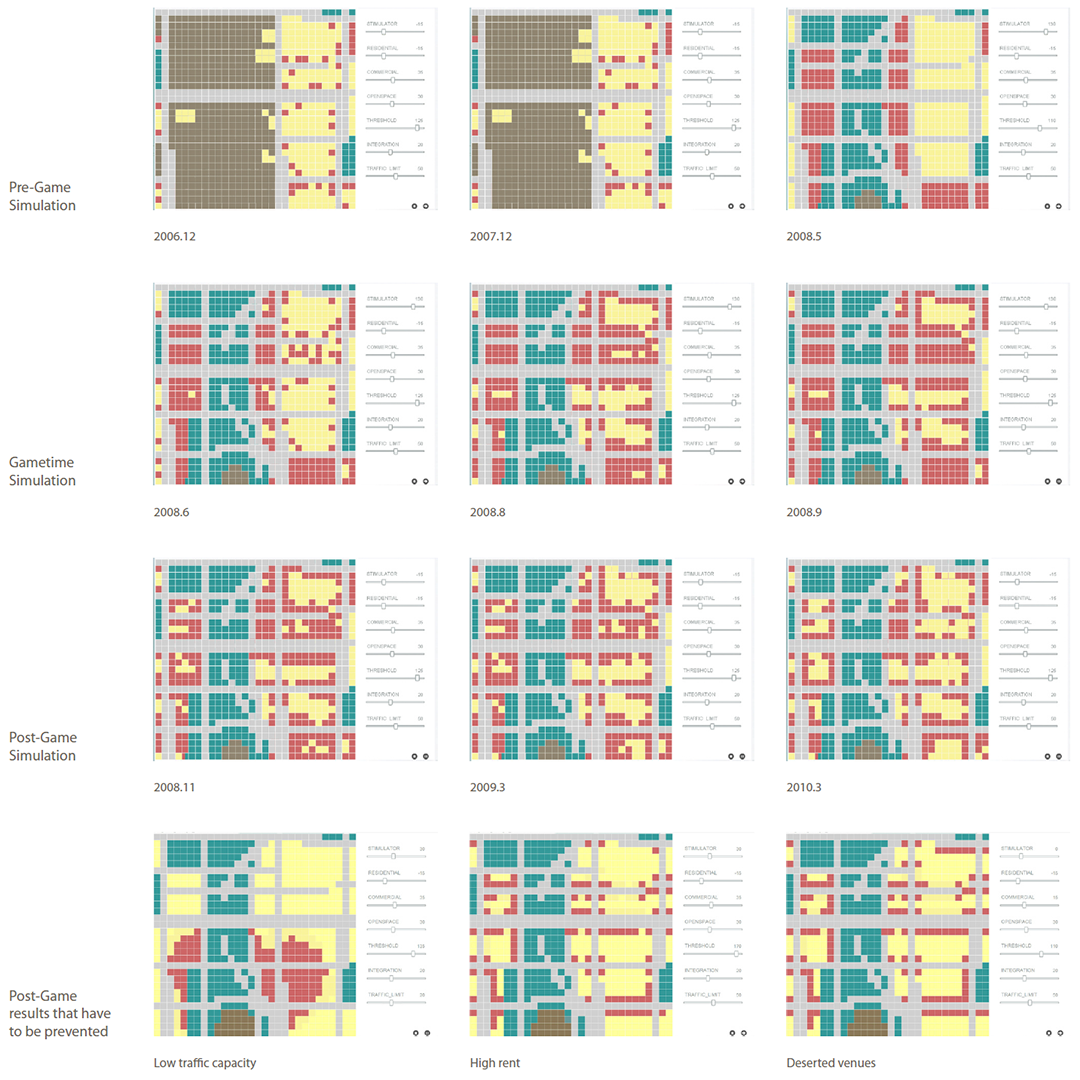 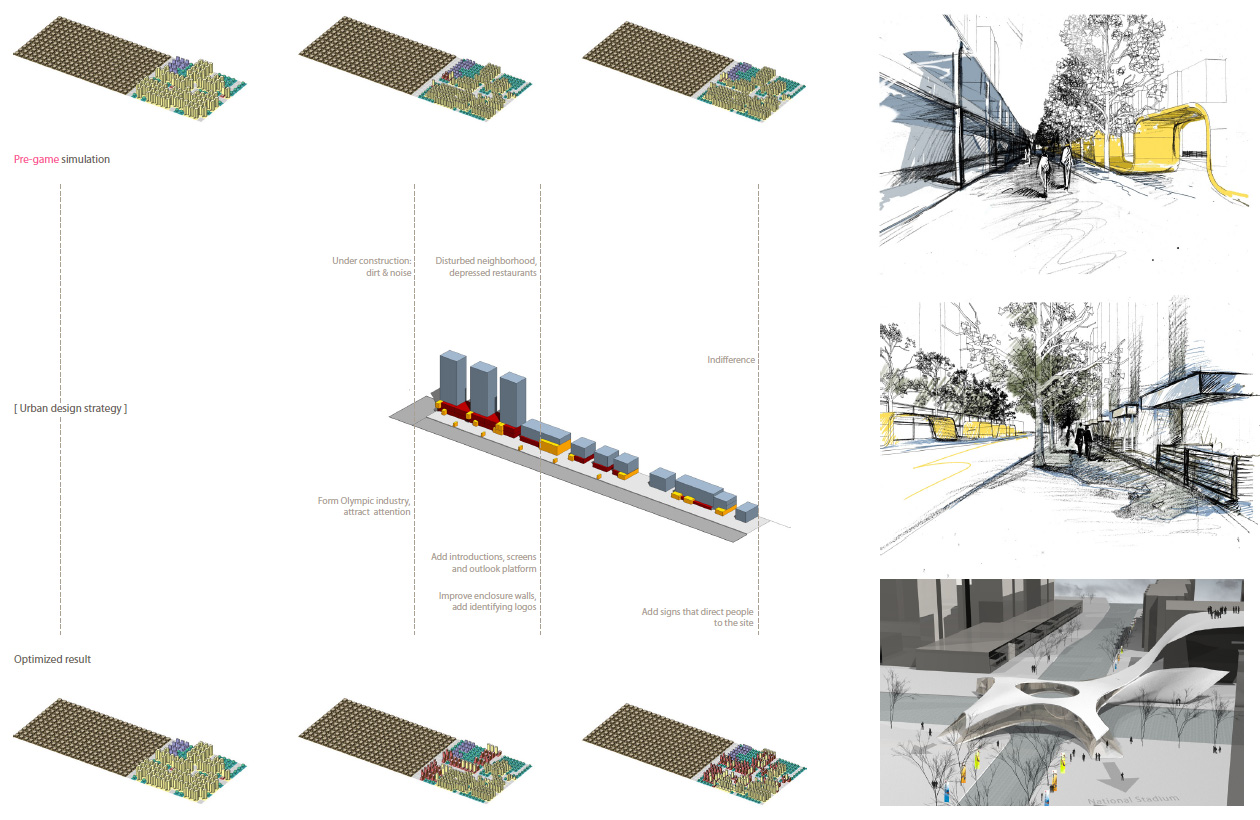 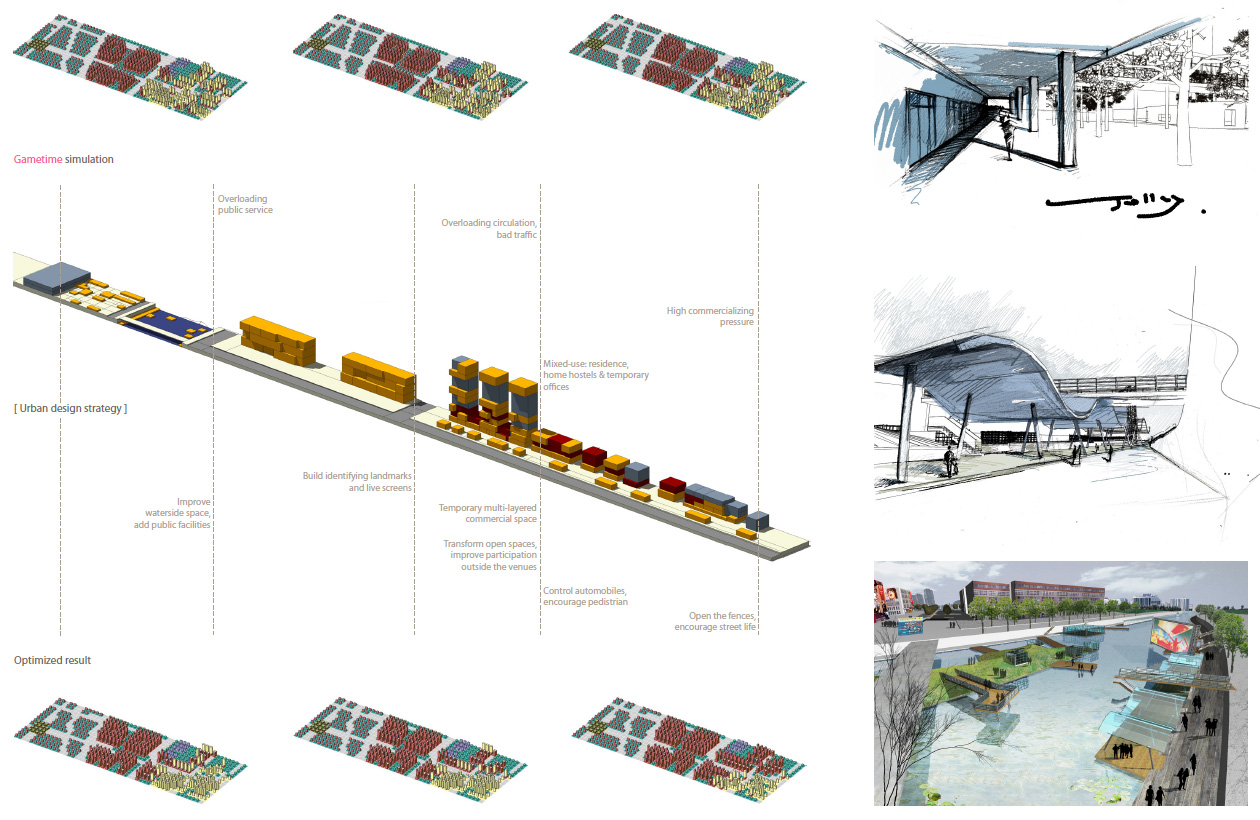 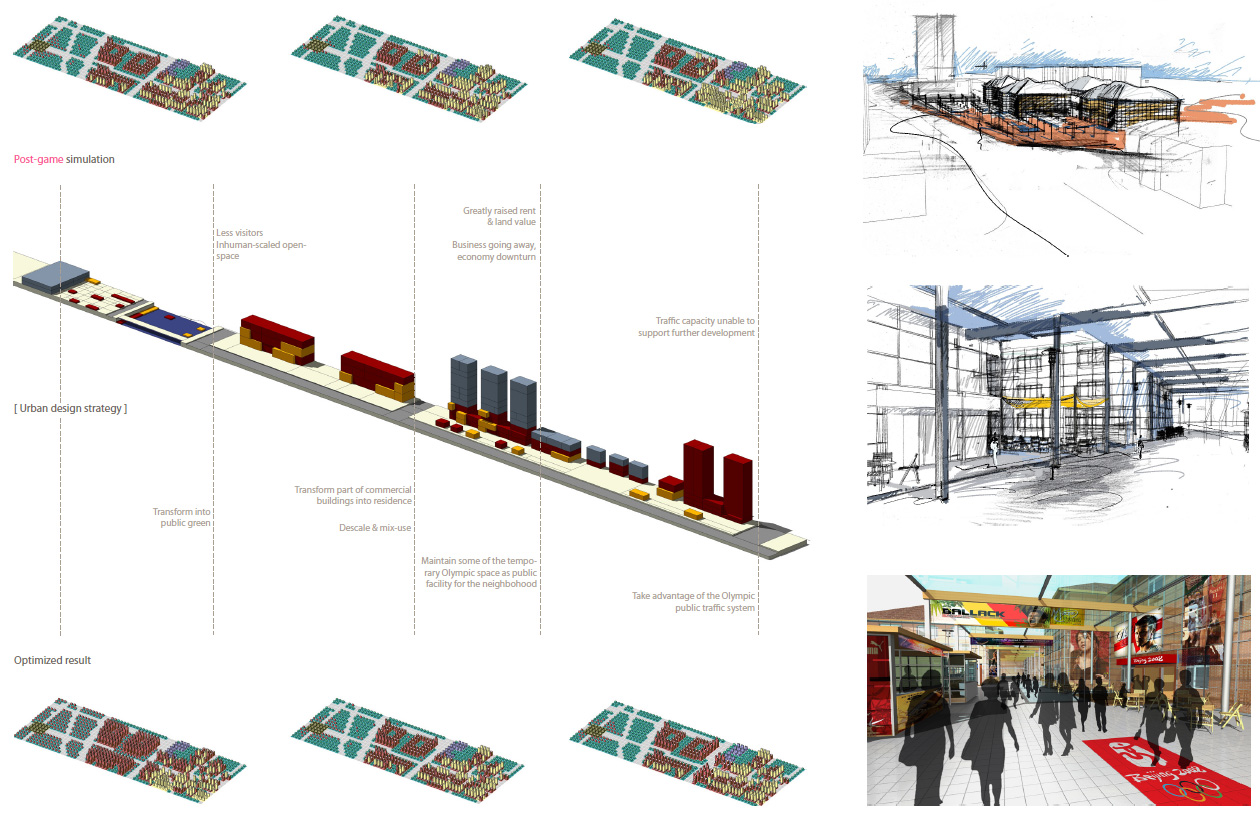