The Symbolic, the Visual, the Recursive

This was a weekly assignment from 4.580: Inquiry into Computation and Design by Prof. Terry Knight. We were supposed to extract rules out of an existing design that could be passed on and used to recreate the original.

My team took Le Corbusier. Modulor system is one of Corbusier’s core design characteristics. He based the system on golden ratio, human measurements, Fibonacci numbers, and the double unit. It results in distinctively recognizable appearance in both his projects and housing projects influenced by him.

For the purpose of the assignment, it was crucial for us to determine which representative detail to pick. We realized that by just extracting out elements from existing plans, shape grammar would be merely symbolic and become a shopping catalog. A rule-based system that is both flexibile and self-evolving was a must in order to develop a true design tool. We ended up building a Corb automator with recursive functions leaving only one symbolic architecture element introduced (the stair). 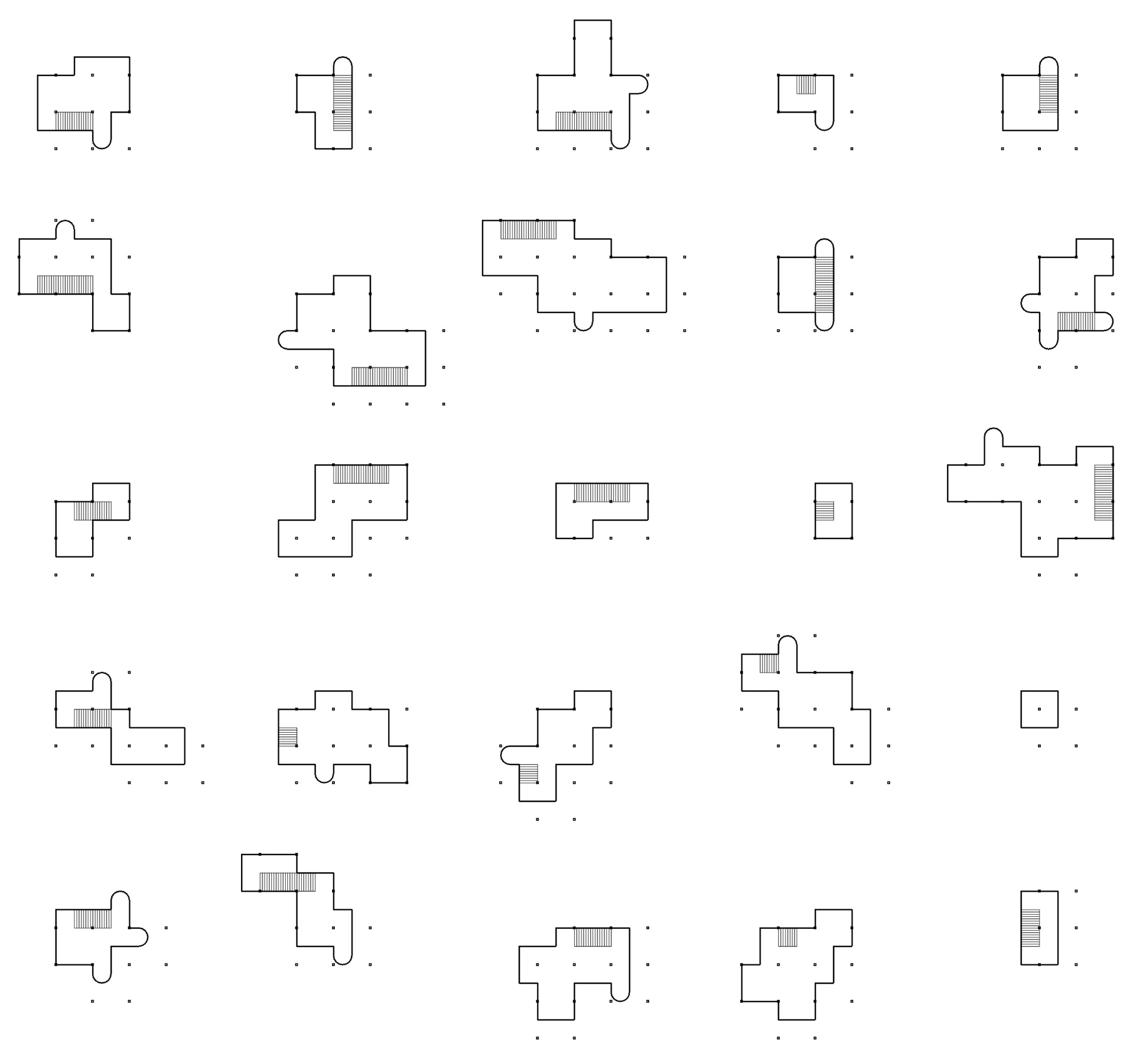 Click here to play with the Le Corbusier generator.

In class discussion it was left an open question whether the nature of architecture is symbolic, but it seemed unlikely that limited rules can describe everything in design.