This was a assignment for 4.580: Inquiry into Computation and Design by Prof. Terry Knight. We were asked to make an umbrella stand and discuss the question: to which degree can design process be made accessible for novice user.

We decided to make the most out of our limited material. Our design was a tripod stand with three holder for either long or short umbrellas. Ari did a fabulous job taking advantage of the flexibility of mason boards. The final design could produce 2 umbrella stands from 2 sheets (32’‘x16’’). 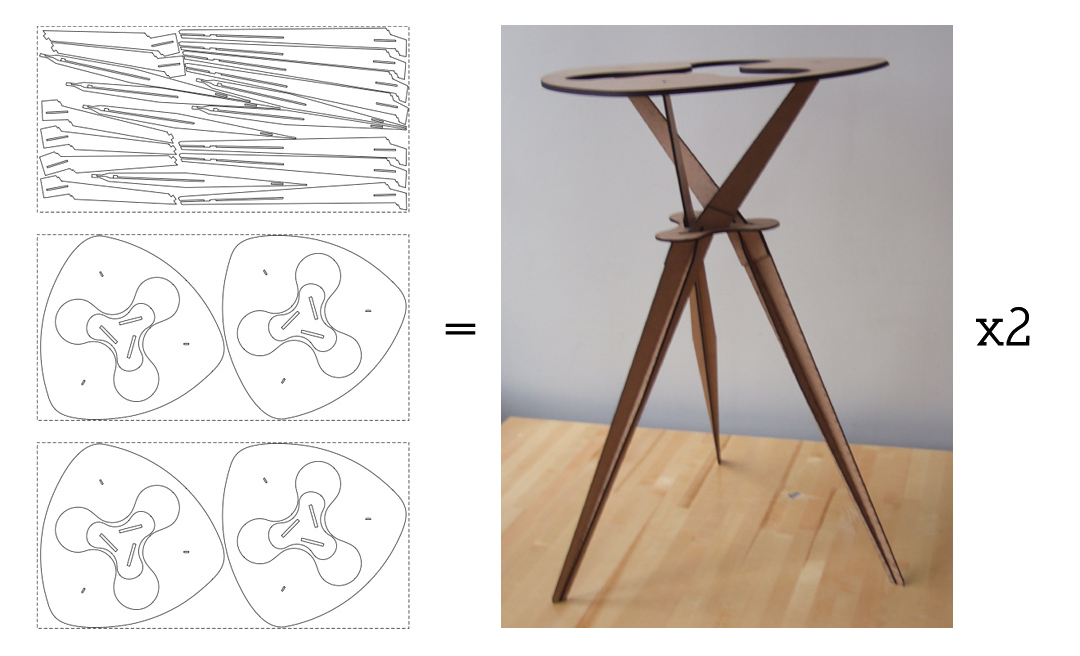 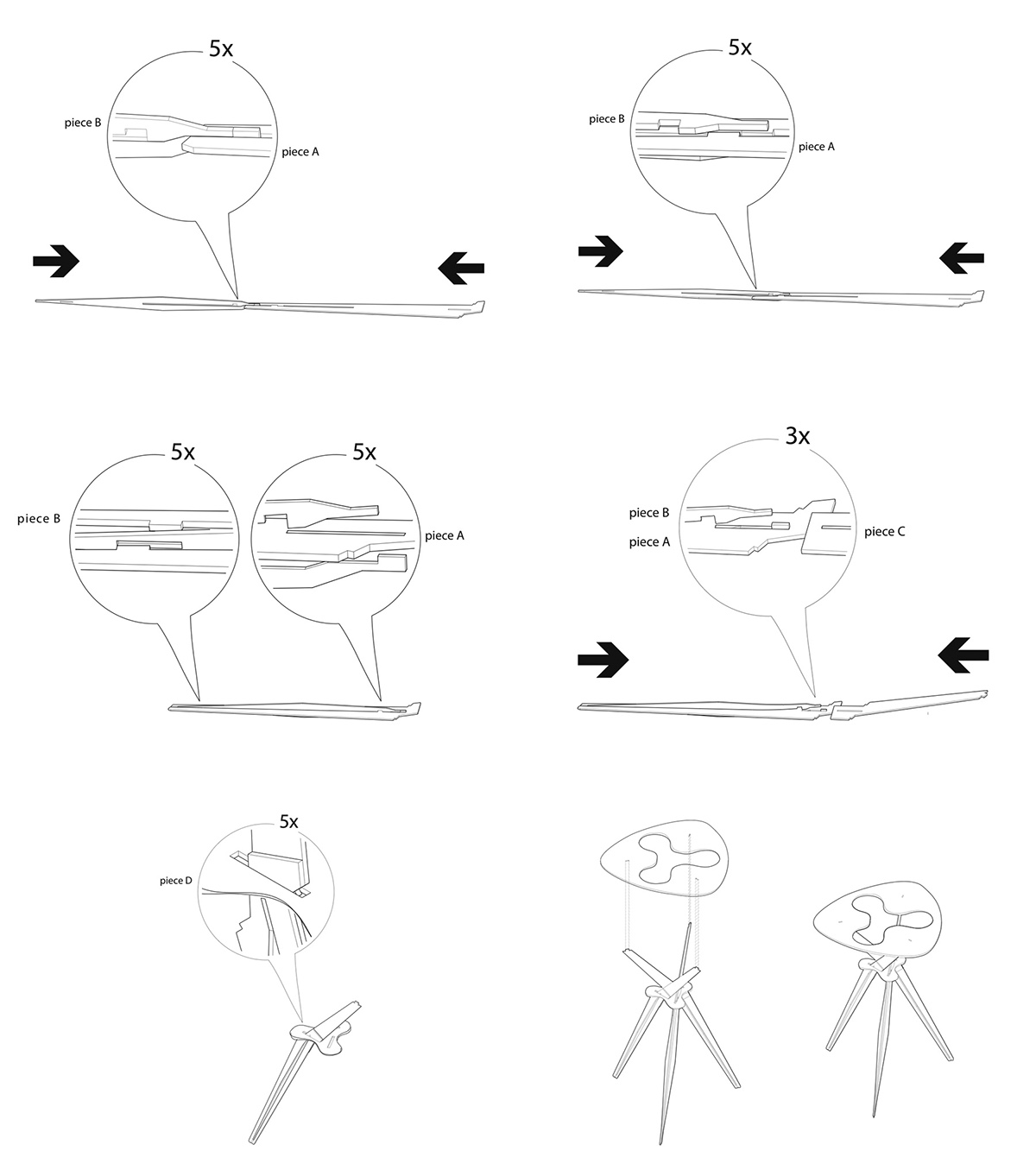 Parametric method was used in the testing and implementing phase. The distance, width and angle of legs could be easily adjusted to reach the best performance. We believed this script could be hand to anyone with little training to produce his own umbrella stand. However, it could only exist after all joints were designed by us. It is not easy for a program to invent a way out of its catalog book to implement given design intention.

However, I am an optimist for a upcoming future of far more accessible design-making workflow. The architects tend to be reluctant to accept the idea that ‘anyone can design’. Actually, rural people, as well as city dwellers, have always been empowered to fabricate their own houses and furniture although this ability has waned with industrialization and globalization. If we compromise somewhat on the definition of design - and see it as decision making - ordinary people are already doing it while shopping or commenting.

I see the development in fast prototyping tools as opportunity for designers rather than crisis. One primary reason for architecture’s slow progress over history is the extremely time/resource consuming cycle of design, building and feedback, making it difficult to compare and learn from past experiments. I am doing further attempt on this later this semester for Larry’s class.