Redrawing Borderlines Of The Great Britain

This paper has been published on PLoS ONE: full text

Do regional boundaries defined by governments respect the natural way that people interact across space? The URB team of SENSEable City Lab analyzed 12 billion anonymized landline calls in Great Britain to illustrate the true connections between places. The strength of connection is defined by the frequency and period of phone calls. It is revealed that people tend to communicate with those that are geographically close to them. Therefore, it is possible to identify clusters of connections as regional groups. It is fun to compare these new boundaries with existing ones and see how much people really love each other. 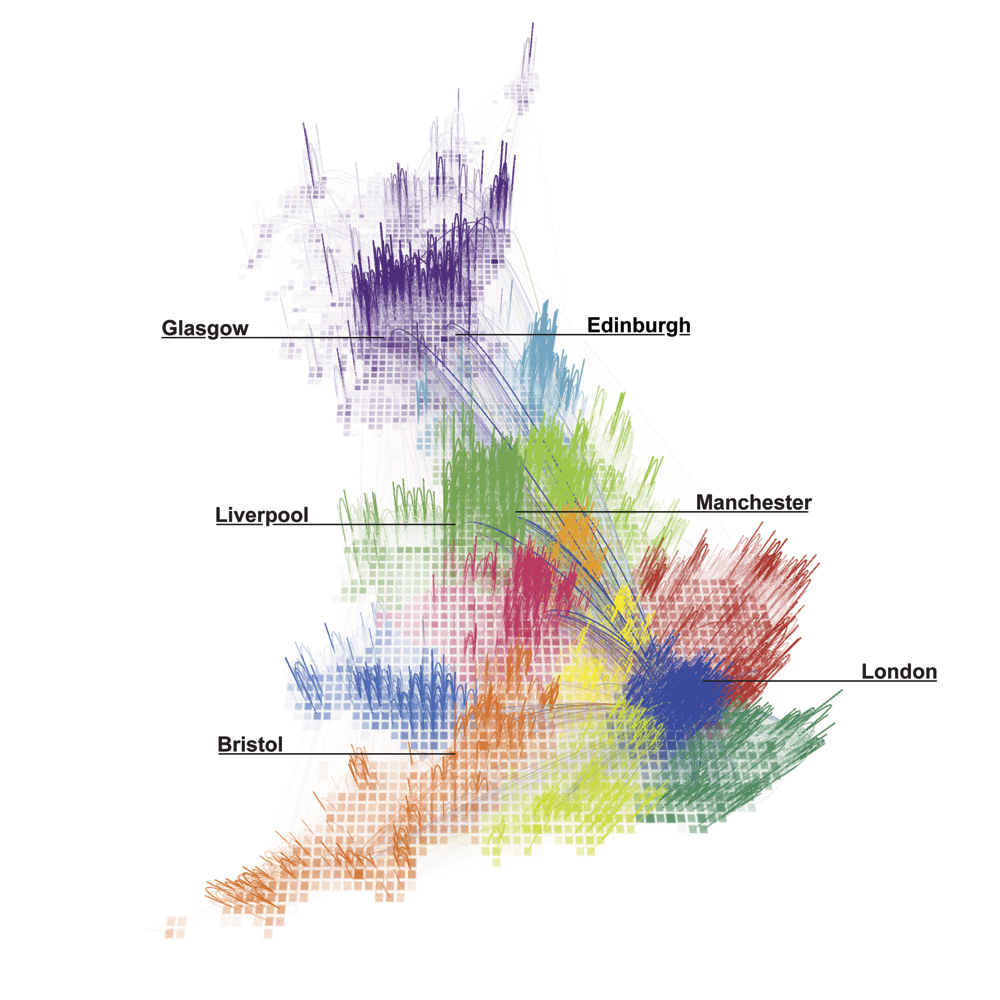 The visualization challenge here is the extra dense connections. An ideal vis solution should show clearer and finer pattern as data accumulates, not the opposite. Mauro Martino worked with the team from the beginning and derived the primary concept. I hopped on board later and finished with the final video to elaborate the whole idea. Processing is not able to handle this scale of objects (especially in animation) so a lot of pre-processing was done exclusively for each scene.

The research has also been covered by BBC and The Economist.