The Economist just posts an interactive visualization Chinese Equivalents on their website. It’s a very interesting approach. (Somehow I feel it has an psychological side-effect by saying one province is equivalent to France while it’s neighbor is equivalent to Kenya, though noted in terms of population.) 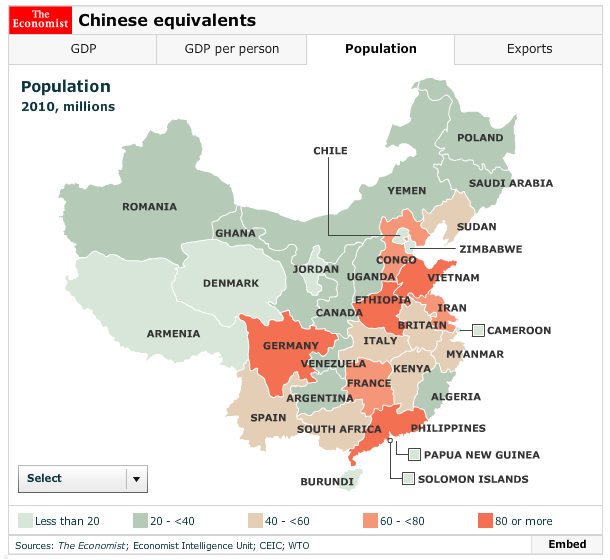 Newman’s code on his website deals with raster image only. I also tried to implement a diffusion simulator in Processing, but it was hard to preserve all the details of a vector map. Below is my first shot. It took (quite) some manual effort to remove the bad points. Still seeking solutions. Anyway, enjoy. 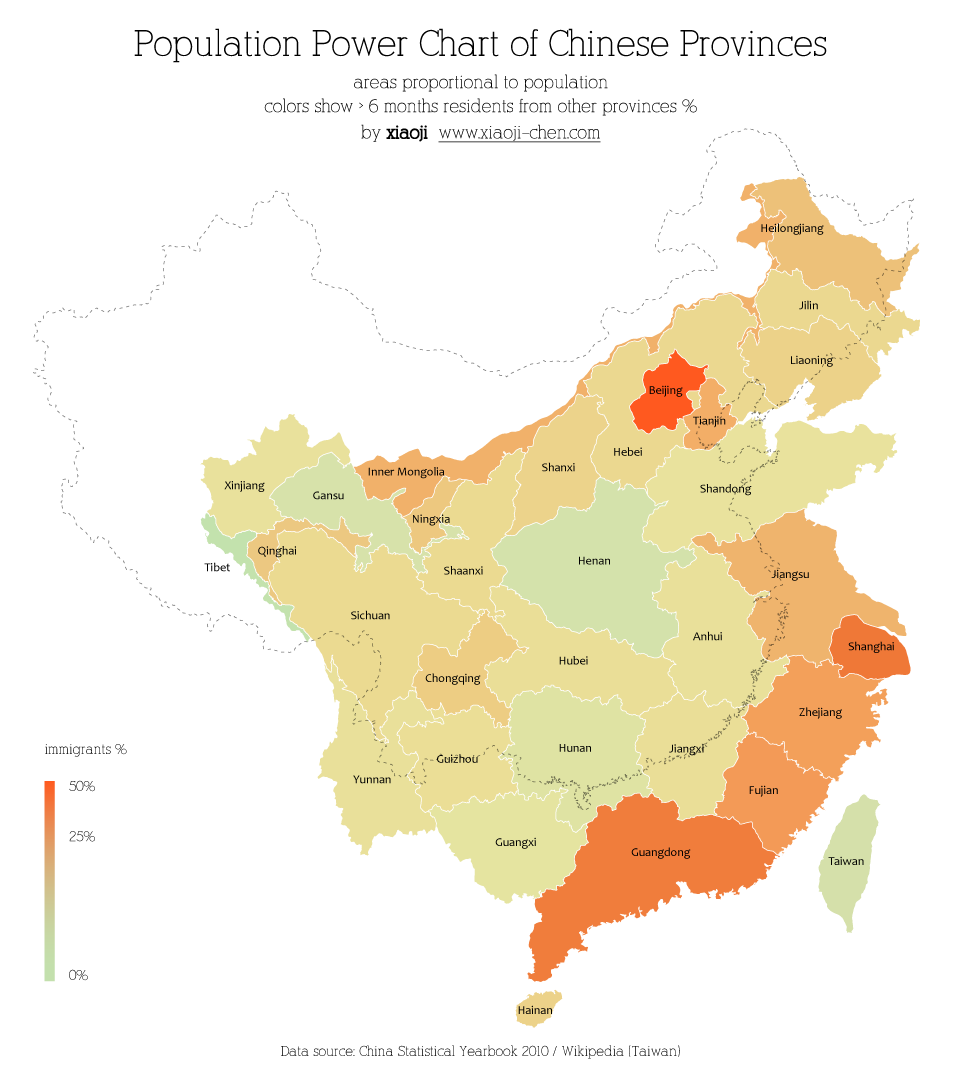 You can recognize in this map how unbalanced China is - the west is barely occupied due to challenging natural environment, and population keeps flowing from the middle towards the economic centers (Beijing and the southeast coast). They become both productivity and pressure for big cities.

What about looking at the provinces from a social network’s perspective? In the following graph I measured how often each two provinces appear in the same media coverage. It is clear now that Beijing is the absolute, mono-center of all China. The social power is not proportional to a province’s population. The south and the east coast get far more attention than inland provinces, which is a sad fact. 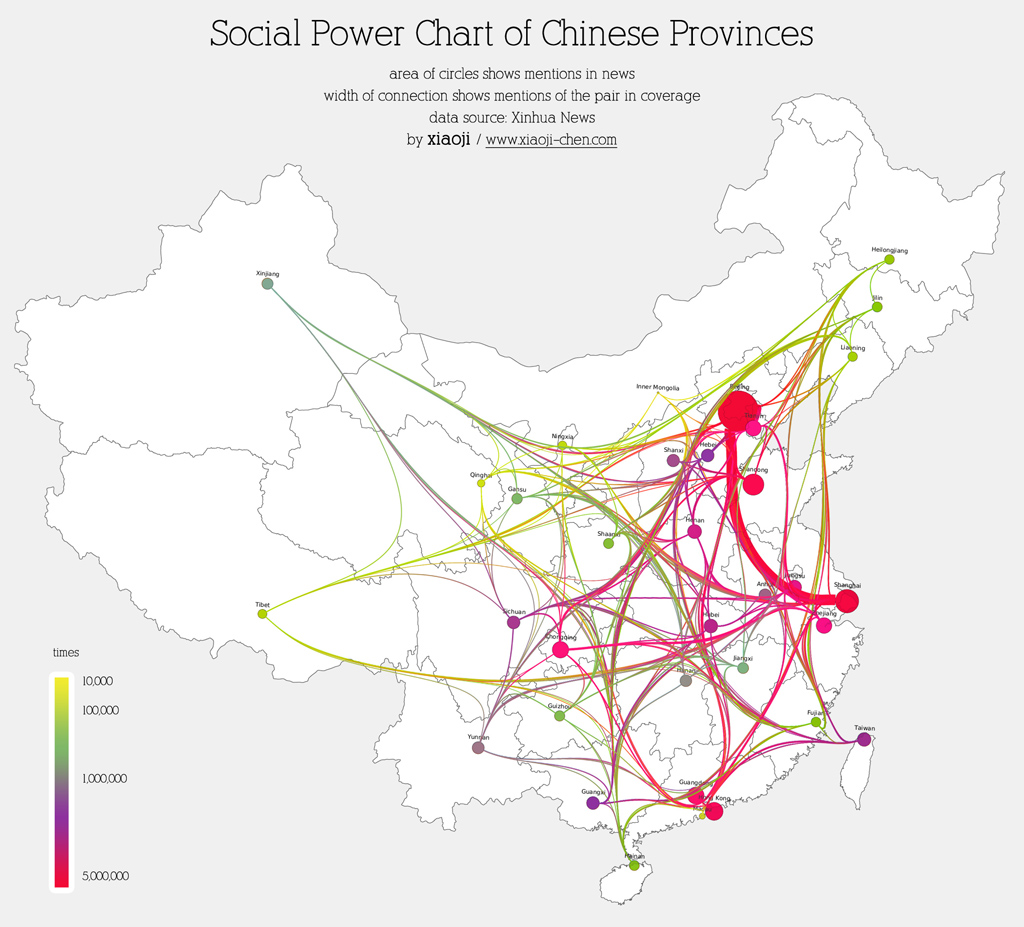