Senseable City Lab partnered with GE to create new ways of understanding human health. Our team created a disease network by analyzing data from over 7.2 million anonymized electronic medical records, taken from between January 2005 and July 2010, across the United States.

Barabasi’s lab has published their disease networks generated by genetic similarity in 2007. In our first attempt, diseases/disorders are considered associated if a patient has got them at the same time or sequentially. The resulting network gives us new insight as to how closely connected some seemingly un-related health conditions might be. Such results force us to re-examine conventional categories of disease classification, as the boundaries between traditional disease categories are thoroughly blurred. 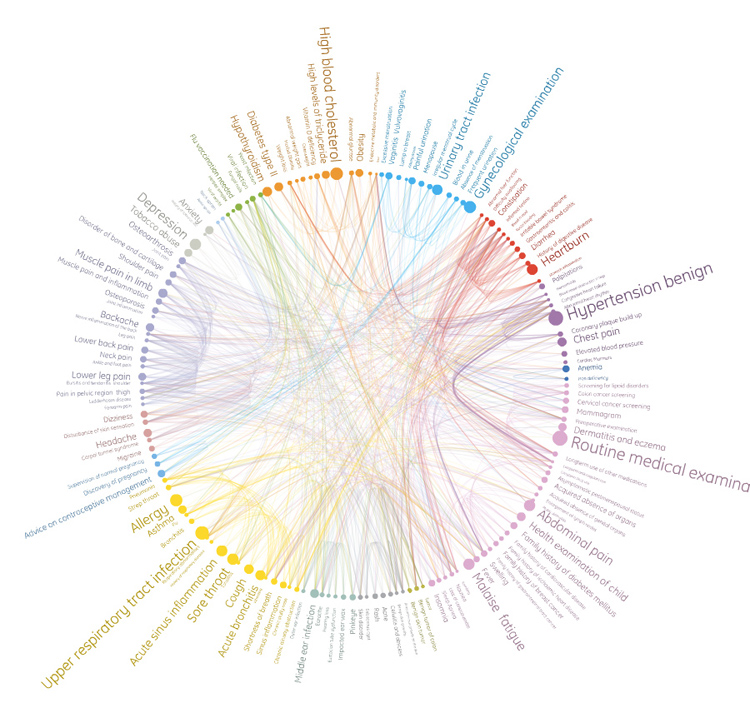 I made this interactive map for the general public to browse the data. You can switch between two layouts - network and circular. Dot sizes are proportional to the percentage of patients who sought medical attention in total population. Width of links shows the strength of connections. Hovering over a disease pops up detailed information. Clicking on a disease highlights its connections. It is also possible to filter the links by gender / category / keywords. Zooming and panning is supported. The aim is to let people locate their disease of interest quickly in a context.

It is a huge network. The first data files I got was more than 50M in size. It took me some time to get the loading time and real-time performance of the app to an acceptable level. I tried several schemes to filter the links while keeping the look and the structure. The force-directed layouts are pre-calculated. I ended up hard coding the network data instead of loading it from an external file, which helped a lot. The final package was ~1.5M, quite satisfying. And I do like the transition animation a lot. 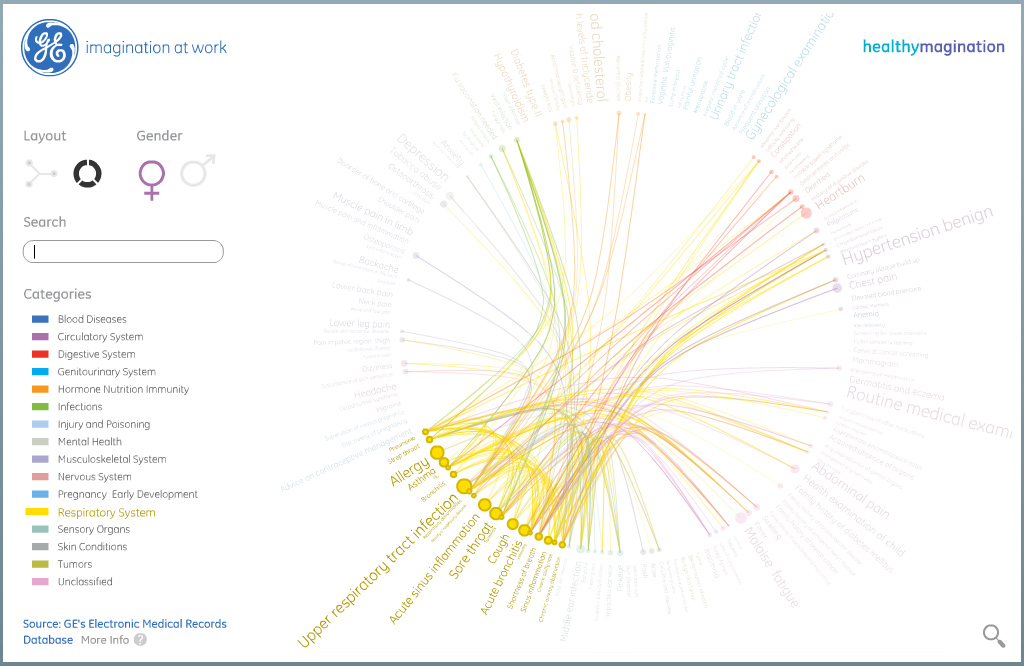 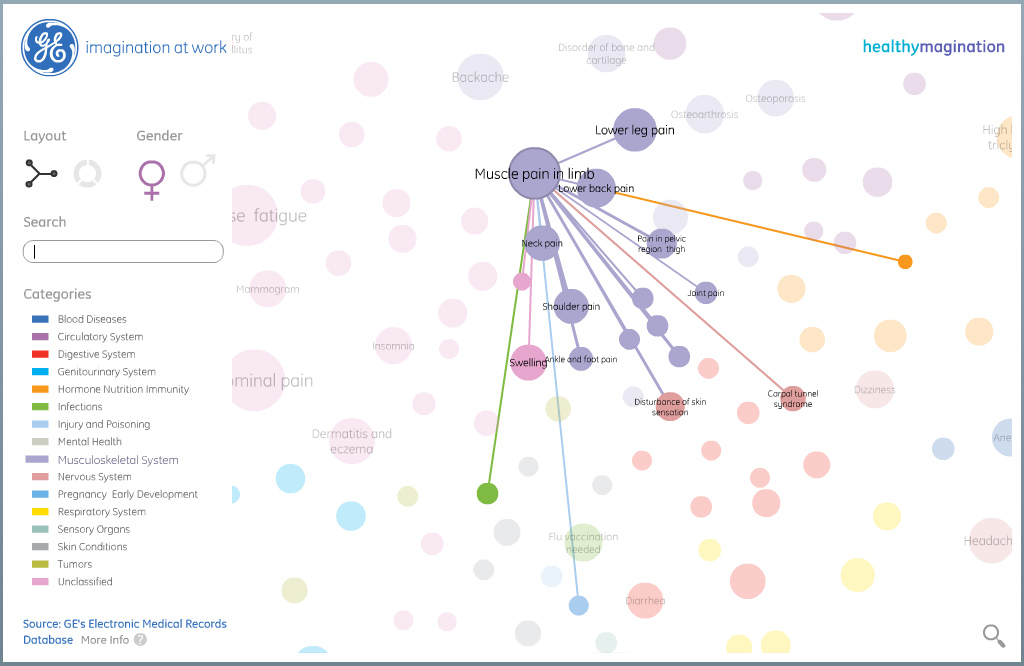 The network vis was made with Flex and the visualization library Flare, and the user interface with Flash CS4. I’ve had some experience with Actionscript 3, but this is my first time learning Flex. I don’t know if it’s just my computer (Snow Leopard + Firefox 4 + Flash Builder 4), but debugging a Flex application was so much pain. The Flash plugin just crashes at every breaking point. Flare is a really well-done library, I’m truly grateful, but there is so much missing in its documentation. You have to dig into its source to discover the vast possibility of it.

The project was done around the time of my thesis “Seeing Differently: cartography for subjective maps based on dynamic urban data” (and the part of my life that I’m reluctant to look back to). I think the time I really worked on the core part of it was two weeks, then a lot of minor changes over a two months period. This is probably the most polished interactive vis among all projects I’ve posted. Thanks Eric and Dom! :) 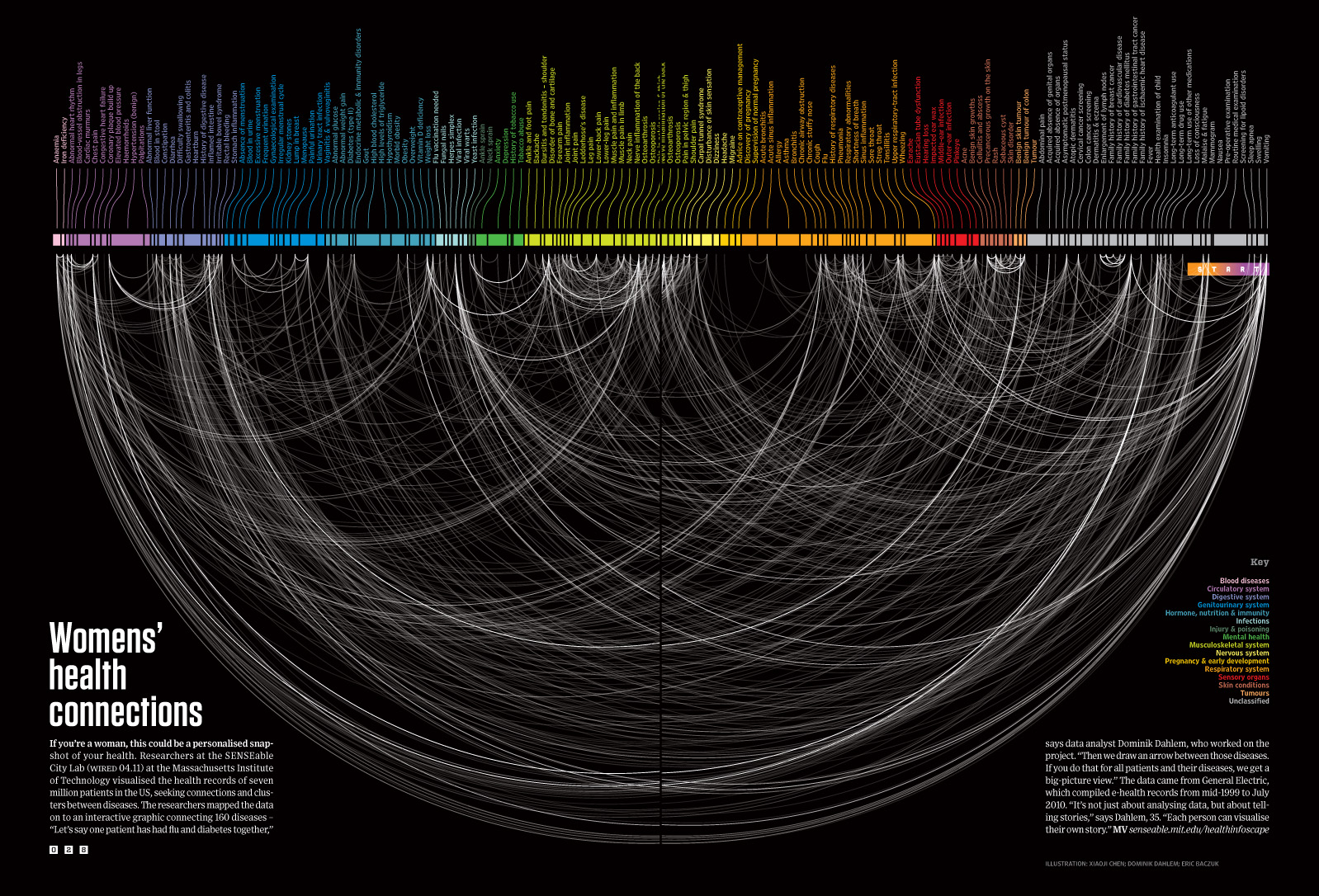