In the course of analysing the SNCF data, I continued to develop the idea from my persuasive design for travelers in Paris. I wanted to explore what affected people’s choice for or against public transit, and communicate it with decision makers through visualization.

Here’s a plot of public transportation usage vs population of Pays de la Loire. Pink dots shows the scale of population. Green shows online queries per unit population, based on queries sent through the SNCF website from March 1 through March 31,2010. 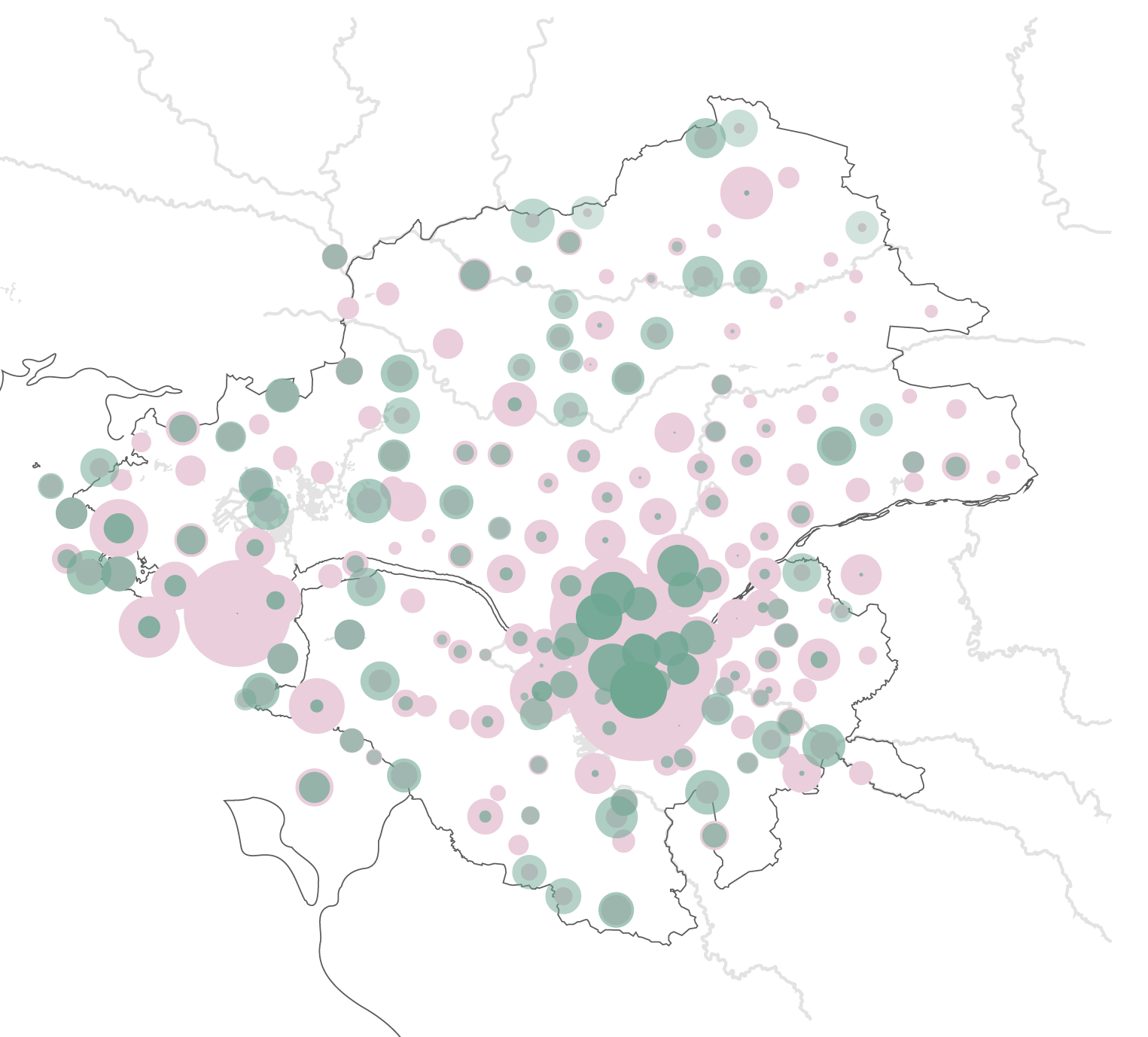 Intuitively, these choices are largely influenced by how far one is from a major transit hub, which translate to the cost time to reach the destination. Luckily, using the train operation data from SNCF, we are able to calculate how “far” - measured by travel time - a city actually is from the rest of the country. I made an interactive app where the user can pick any train station on the map of France, and see how the country moves towards or away from it over time.

This dynamic isochronic map offers a new perspective to understanding transportation and visualizing time. A problem I identify here is that the map gets so distorted and fregmented that it becomes unreadable, when cities that are physically further away can be reached much faster to by train.