The Connected States of America

The Connected States of America illustrates the emerging communities based on the social interactions defined by the anonymous cellphone usage data on AT&T’s network. It is a similar idea to the Redrawing Map of Great Britain project we published early this year. One can find that the communities defined by human networks not always coincide with the administrative boundaries. 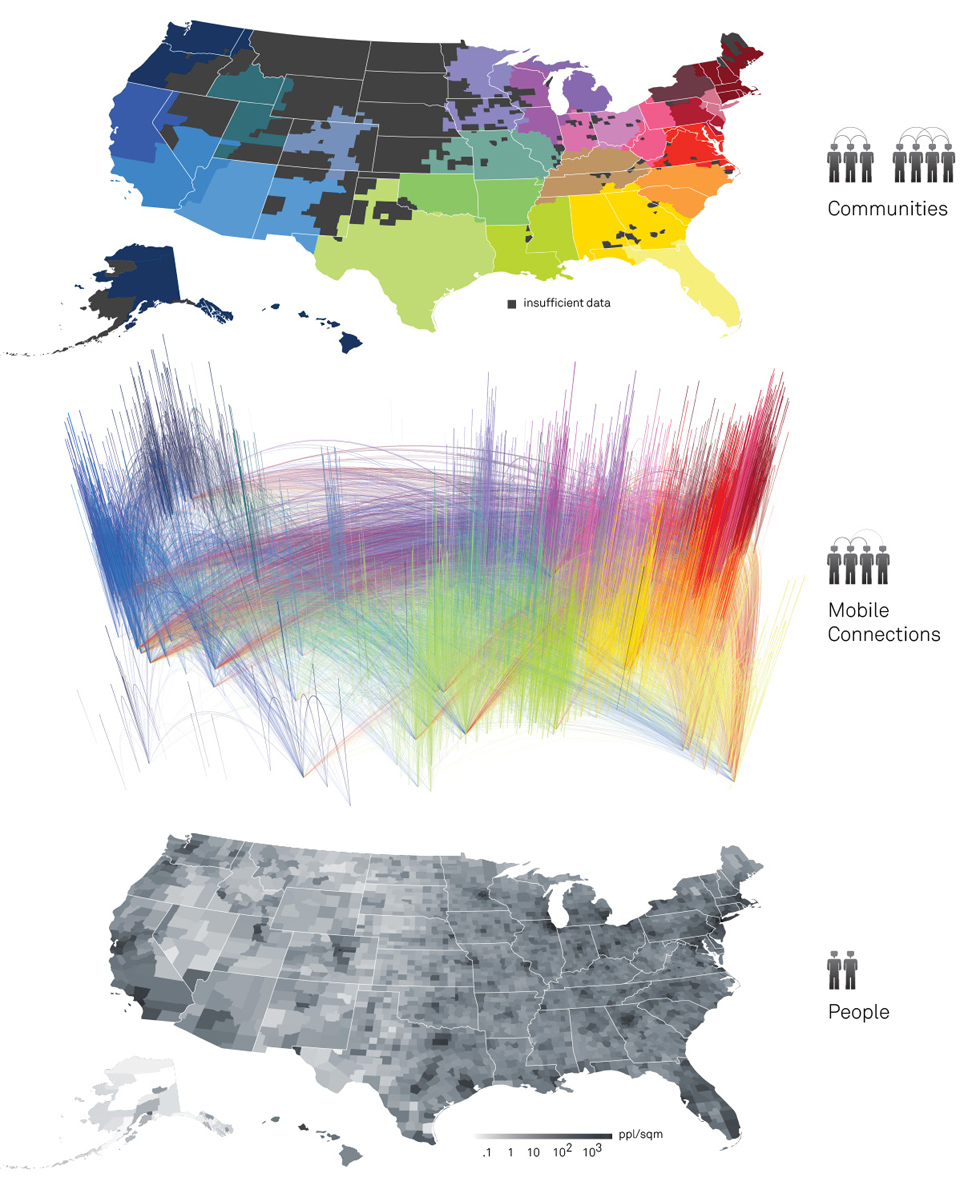 At the first phase of the project, visualizations were intensely used to help the scientists in our team to explore and validate the data. Comparing to the British dataset, the telecommunication pattern in the States featured many more hubs and more entangled connections, which made it harder to be represented in one static image. In the following map I used reversed coloring (the arc color on the source end is the color of the target county and vise versa. The color gradient helps identify geographic regions) to show which regions a point is most strongly connected to. 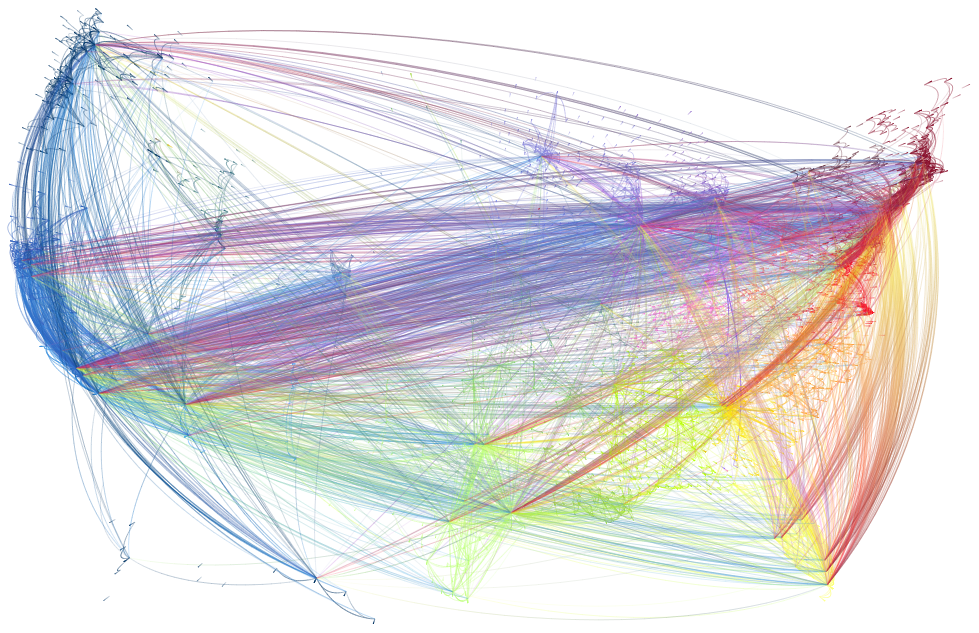 Another attempt was an interactive map where the user can click on a county to see its connectivity with all the other counties of the country. The strength of connections is defined by quantiles of total call time. The interactive map is also available on our project website. The following screenshot shows the outgoing connections from San Diego:

The partitioning algorithm showed some very interesting results, such as the split of New Jersey and California, and some other states belonging together. Some clusters extend through the state lines and claim how people form communities despite of administrative boundaries. Yet the communities still largely correspond to state borders. I think it has something to do with the carrier’s rate policies. 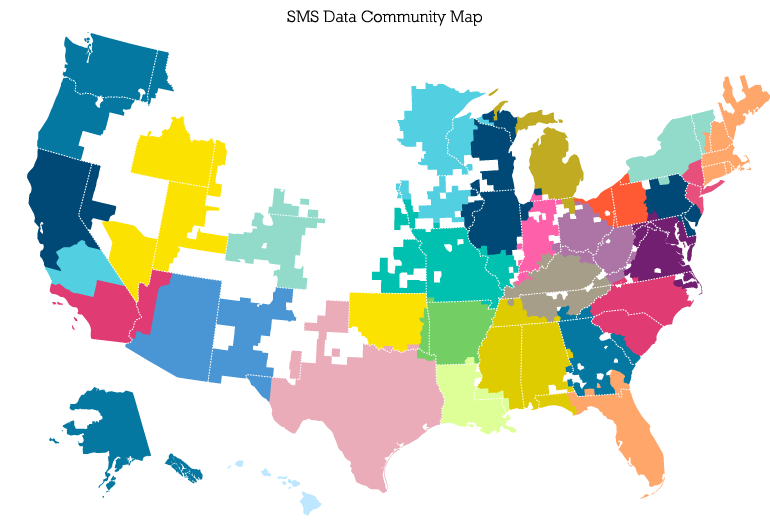 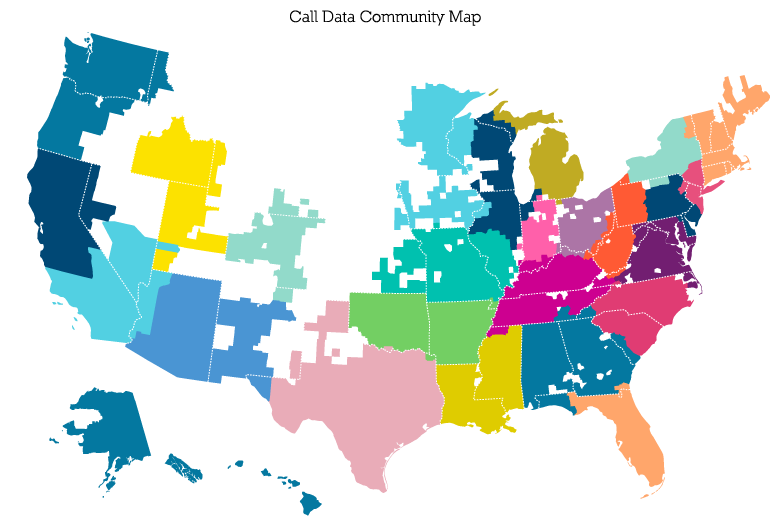 The project has been covered by TIME Magazine and New York Times.