On April 10th, 2011 MIT held the Next Century Convocation as a centerpiece of its 150 anniversary celebration. 10,000 people attended the event at the Boston Convention and Exhibition Center. Before the program began guests participated in a trivia game designed by our team.

The game was a crowdsourcing experience, with participants asking their own questions to the crowd. Participants sent text messages to a short number through Ken’s awesome mSurvey system. Messages ending with “?” were recognized as questions and appeared on the screen with a sequential number. Messages started with “Q+number” followed by a space are recognized as answers to that question. Questions and answers were displayed in real-time, on a 90-foot screen. 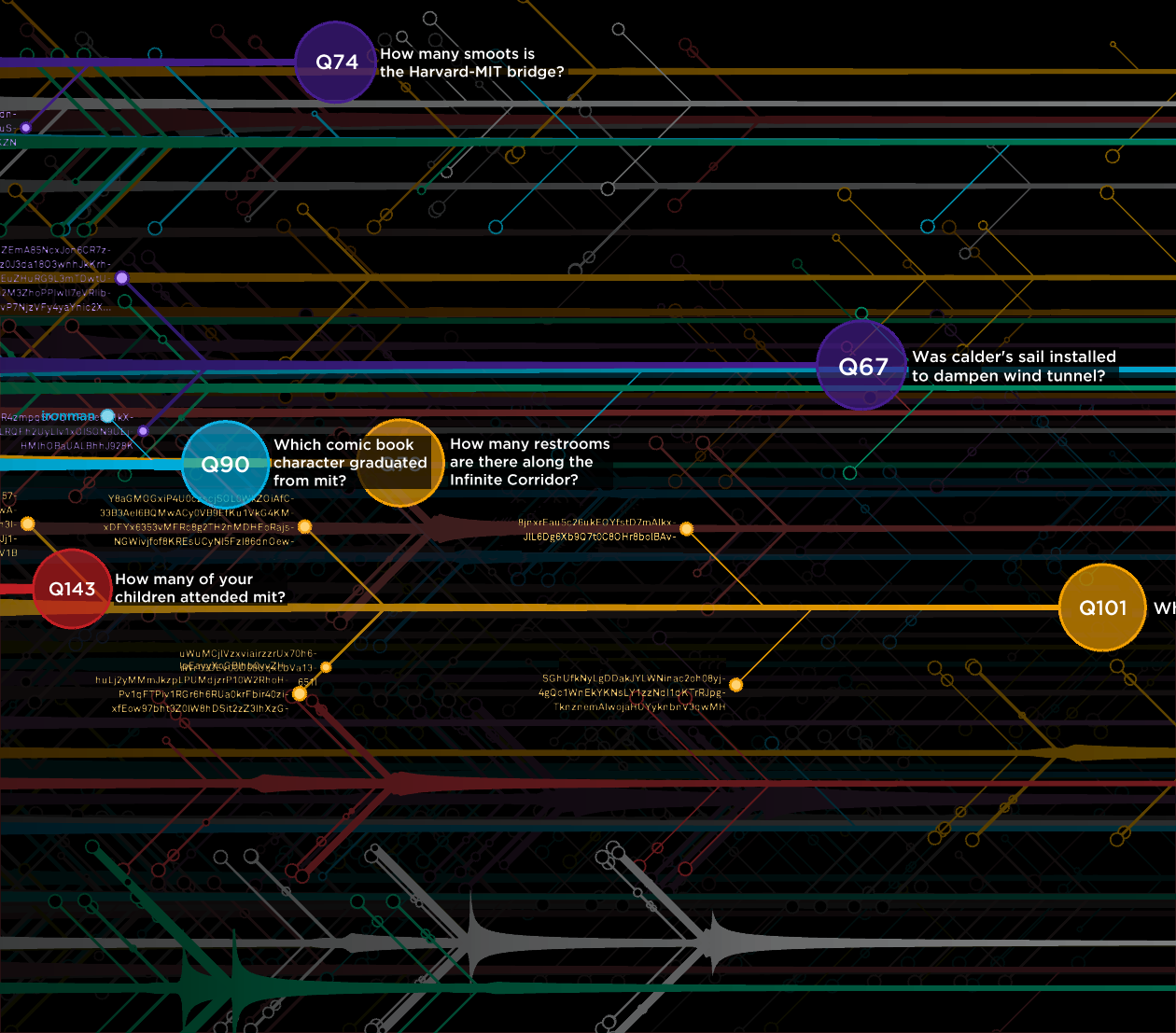 My goal in designing this vis was to enable direct feedback to the users, invoke conversation among them and encourage participation. Considering the dimensions of the space, it was critical to keep the interface simple and learnable. Our team came up with this idea of “questions competing for answers” - each question moved from the left edge of screen to the right, gradually accelerating if nobody responded to it, till it was out of sight. When an answer came in, it was attached to the target question and therefore slowed it down. Each question left a trail behind it, whose width was related to speed. So the more popular questions would stay longer on the screen. It was a competition for both good questions and interesting answers.

Screenshot from the game: 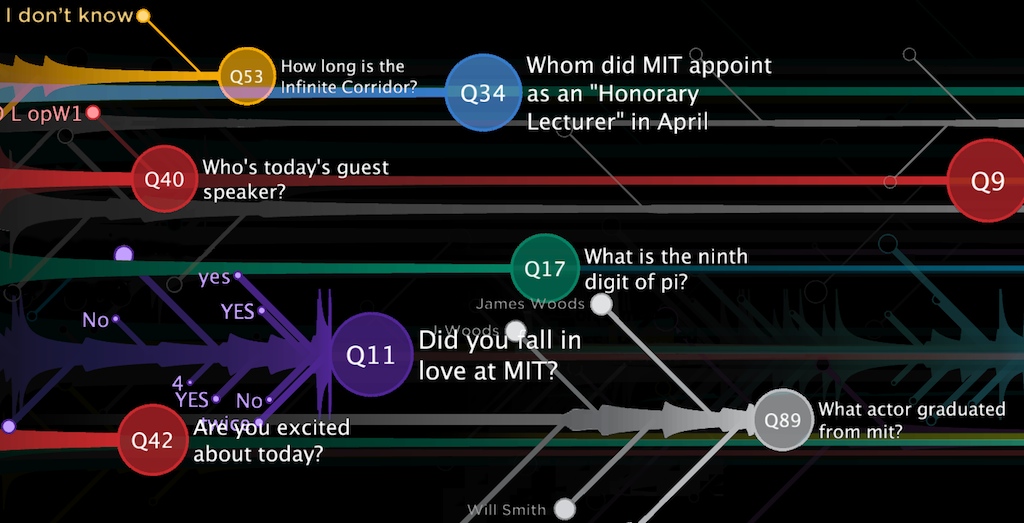 Picture at the event: 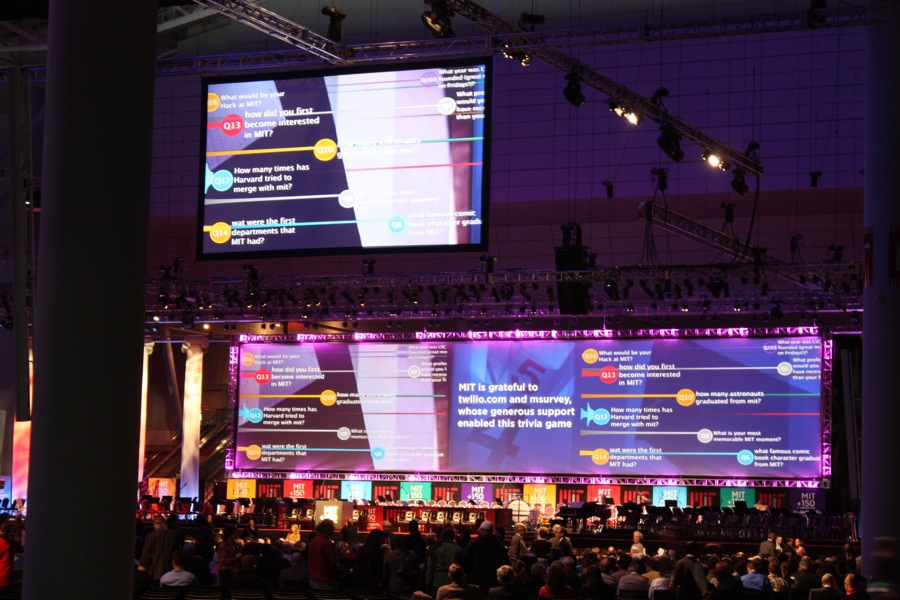 I was a bit unhappy that the video staff insisted on adding moving backgrounds to the visualization. Then during the real run, we encountered some technical problem , causing the answers mismatched for a while (in fact a bug in the setup-at-the-last-minute message censorship system - censorship sucks, I knew it better than anyone). Anyway both the team and the guests had a lot of fun with the game. Some of us were sleepless for a few days to make this work, especially our great leader Ken, who’s been suffering from a fever since then - I hope he gets better now. ♥

Additional thanks to Michael Berry, Kristyn Maiorca, Ella Peinovich for making this happen!