Game Assets Management (GLM) was an incubation project at DevDiv. The goal of ALM is to extend Visual Studio’s digital asset tools to all roles involved in managing and integrating digital assets into the Application Life-cycle.

There are four roles involved in the process:

Problems occur because artists do not organize assets like developers organize code. They are sloppy with naming conventions; forget to use version control; make mistakes when manually exporting their work; report done verbally or wait to be reminded to do it by producer; lost art due to re-imaging machine or leaving company.

GLM was a research-heave project. From early planning phase, we regularly validated our ideas with artists, developers and project leaders who work with art assets at game shops. All the final features had been repeatedly confirmed by participants to be highly desirable.

The GLM system placed the burden of reinforcing naming convention, format and other technical requirements on the system instead of the artists. To ensure that the rules and pipelines are properly programmed and provided to the artist, I prototyped a collection of tools. For example, a image diffing tool and a visual regular expression editor for the art director to define naming conventions: 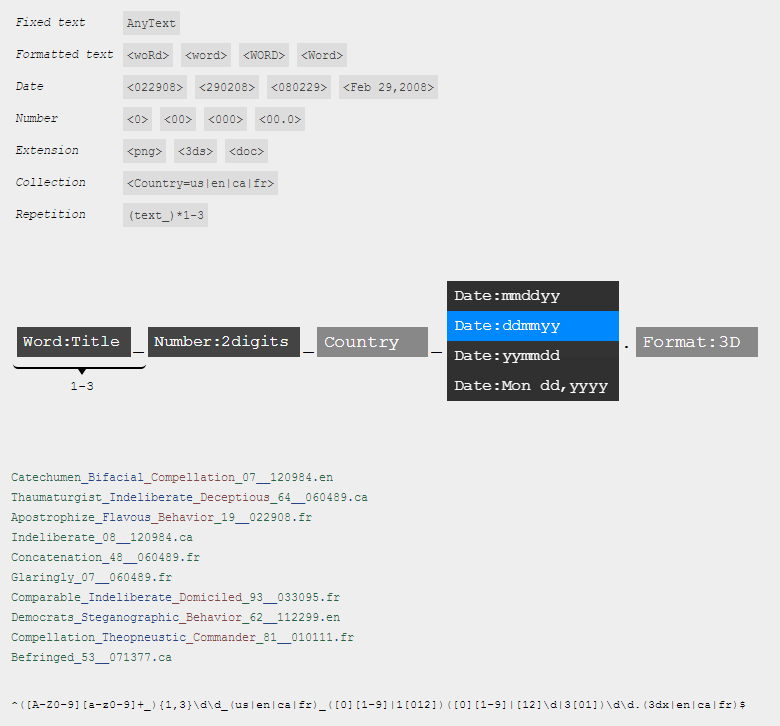 A proof-of-concept prototype was built by the engineering team. I wrote part of the UI with them. It was one of my best memories from DevDiv: developers and I sit back to back. We implemented something, felt it, had doubts, turned around and raised questions, fixed designs on the spot. It was a rare luxury.