In summer 2012 we were invited to the Power Station of Art, the first state-owned contemporary art museum in Shanghai, as part of a side-exhibition during the Shanghai Biennial. We were very excited about the opportunity.

The Slow Glass was a project I did at MIT. The term was written by Bob Shaw in the science-fiction story Light of other Days. Light travels very slowly in this material so that it takes months or even years for people to see what had been on the other side. Using skeleton tracking and video stream caching, it is possible to replicate this experience via a digital screen. The slow glass here is used as an architectural element that provides a peaking window into another space and time. It challenges the common perception of the physical properties of our surrounding which has been taken for granted.

Back at school we used a camera plus OpenCV to track the position of the closest viewer. In the context it will potentially be a crowded space, so the illusion will not work for everyone. To accommodate this, we designed a variation of the device, where the viewer will have to look into a view port. The cabinets hosts four view ports, respectively representing now, 5 seconds ago, 30 seconds ago and 12 hours ago. 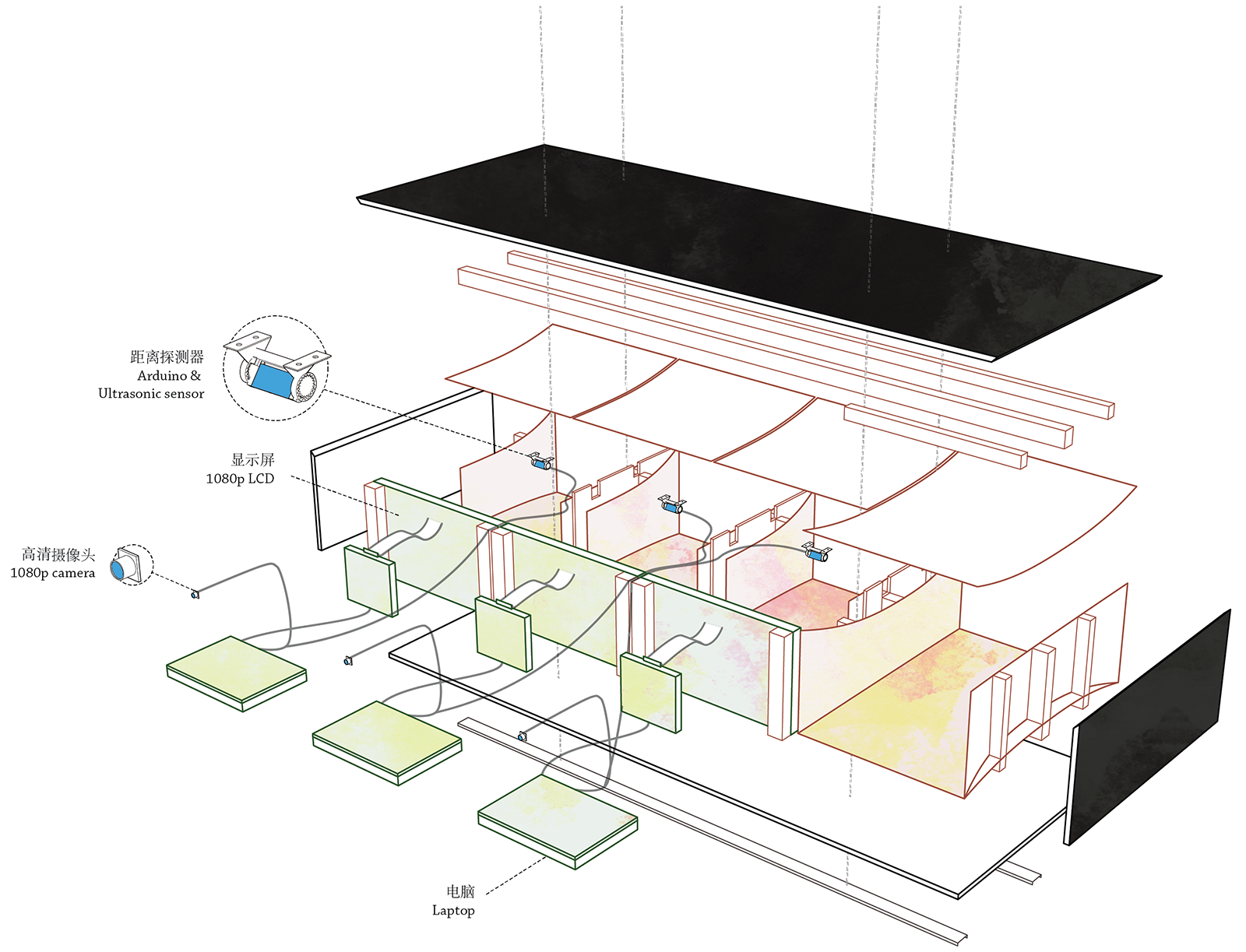 We were told that there would be a workshop in the museum along with workers who could help us build the piece. We calculated all the dimensions, drew the plans, wrote the software, soldered the Arduinos, 3d-printed the brackets, and got on the plane.

What awaited us in Shanghai was quite a journey.

First of all, there was no workshop. There was a home-brew table saw in the garage, which was the private property of a contractor and we were not allowed to touch. It was less than a week to the opening of the show, and we were going to build a full-size cabinet on the floor of the museum from nothing.

We spent the next few days perusing the construction and electrics market of a city we barely knew, and did woodwork through the night. We were all sweaty, slept 3 hours a day, stuffed with fast food and shouted at each other. Good for relationship.

We had a lot of difficulties imposed on us by the museum. The hotel they put us in was a shit hole. Everyday there was some new ban on what we could not do. The night before the opening day, they insisted that nothing could be hang on the beams, and we had to support our piece using foam blocks. Fought that one off, thanks to our incubator. 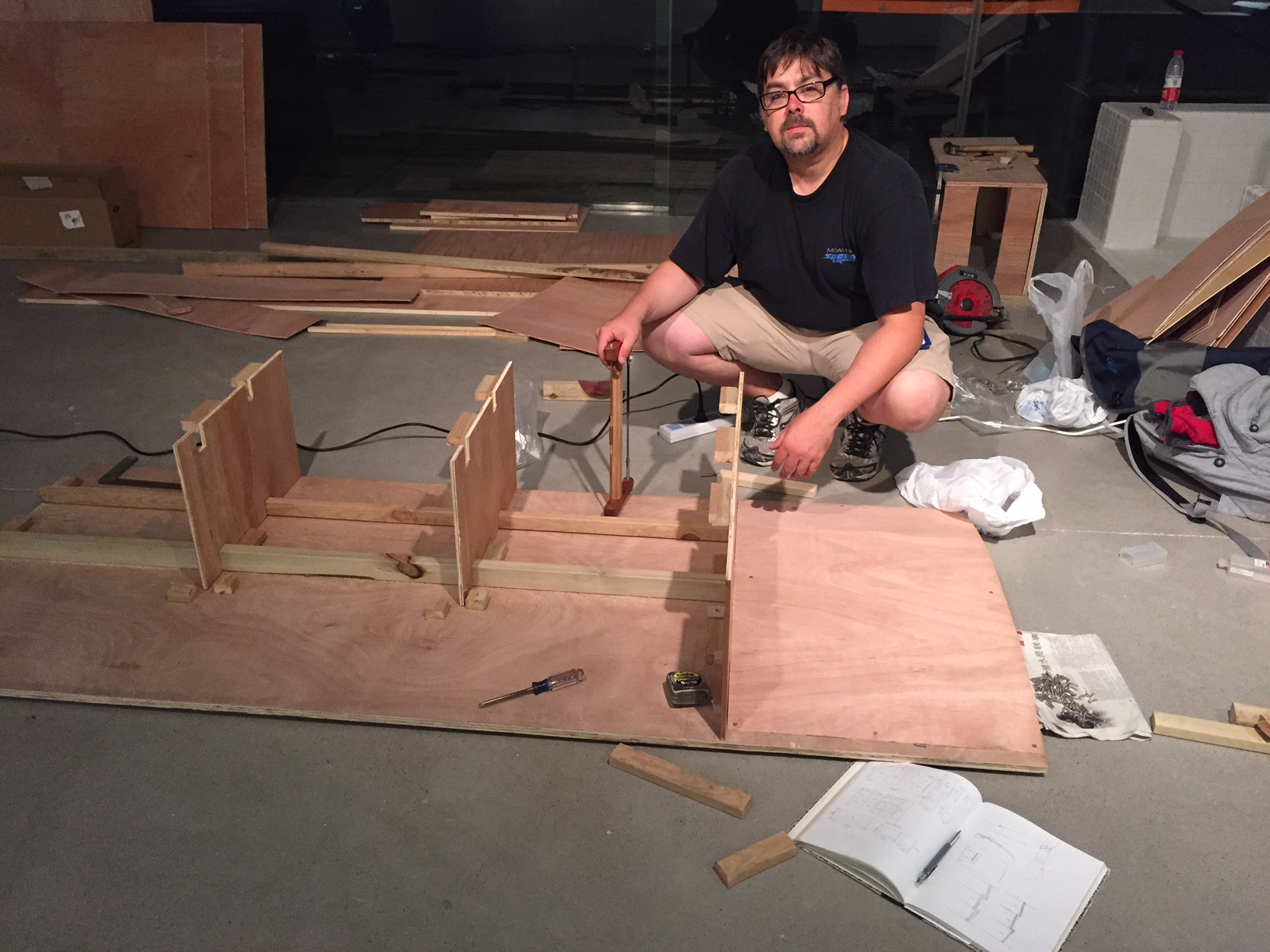 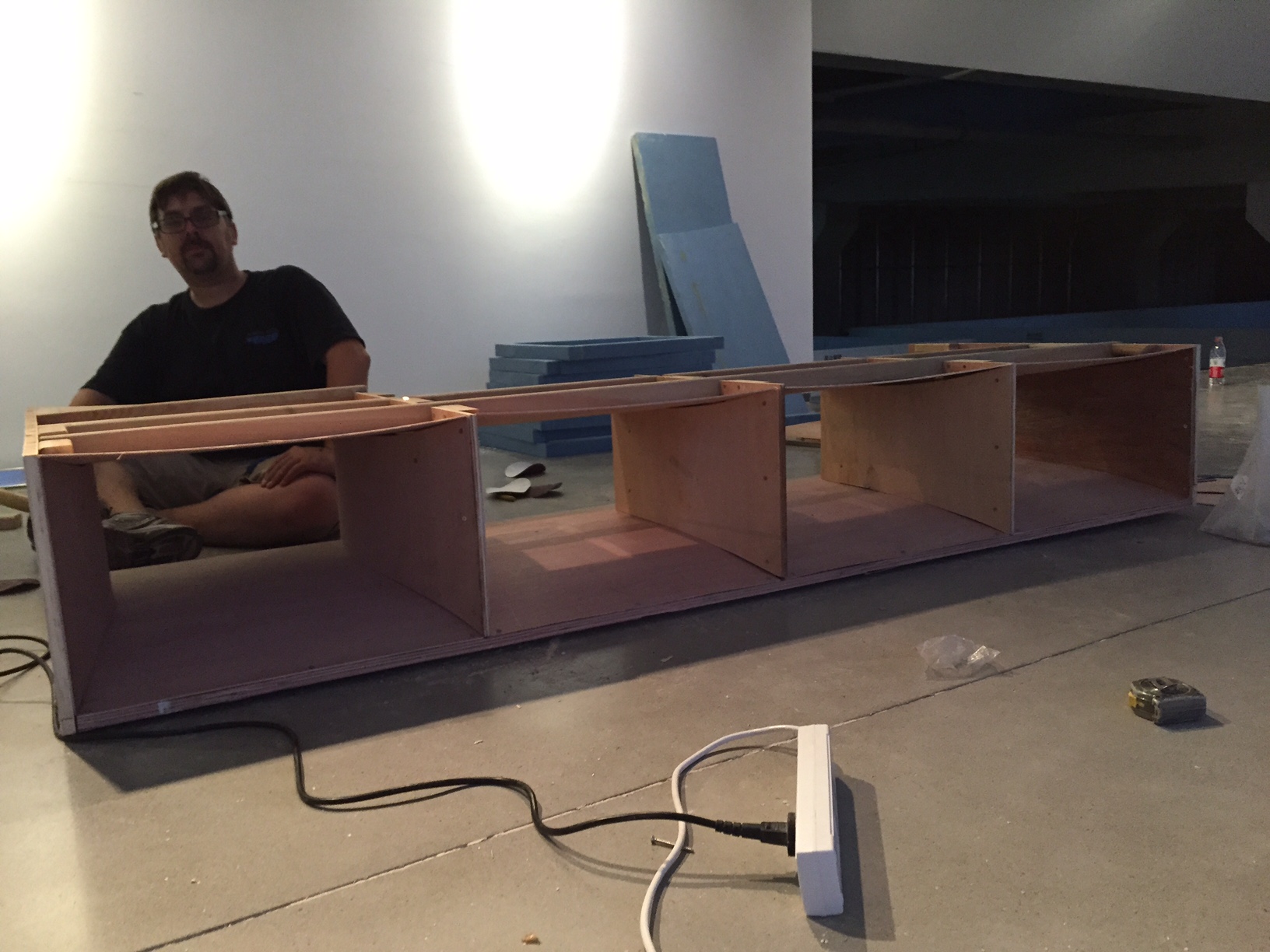 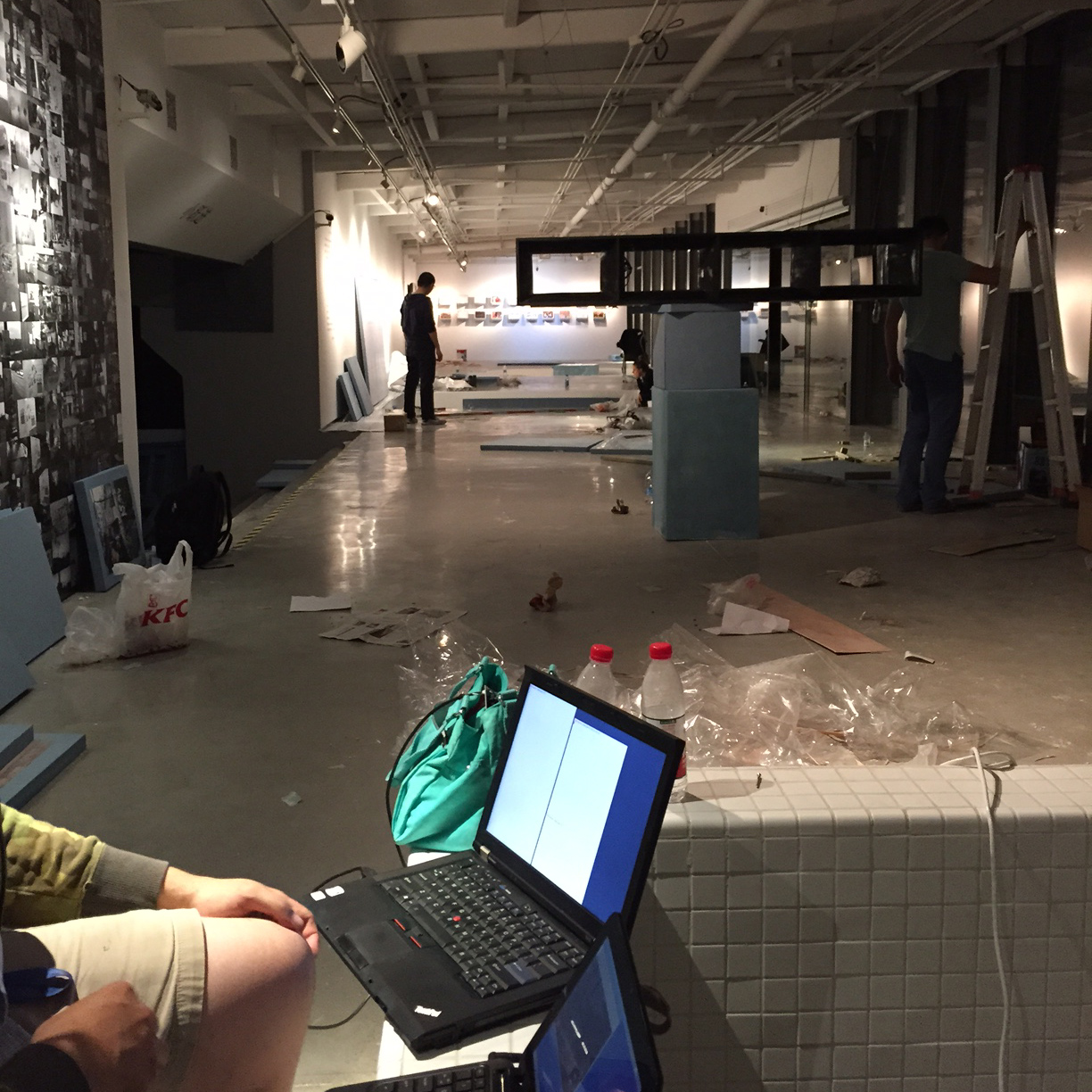 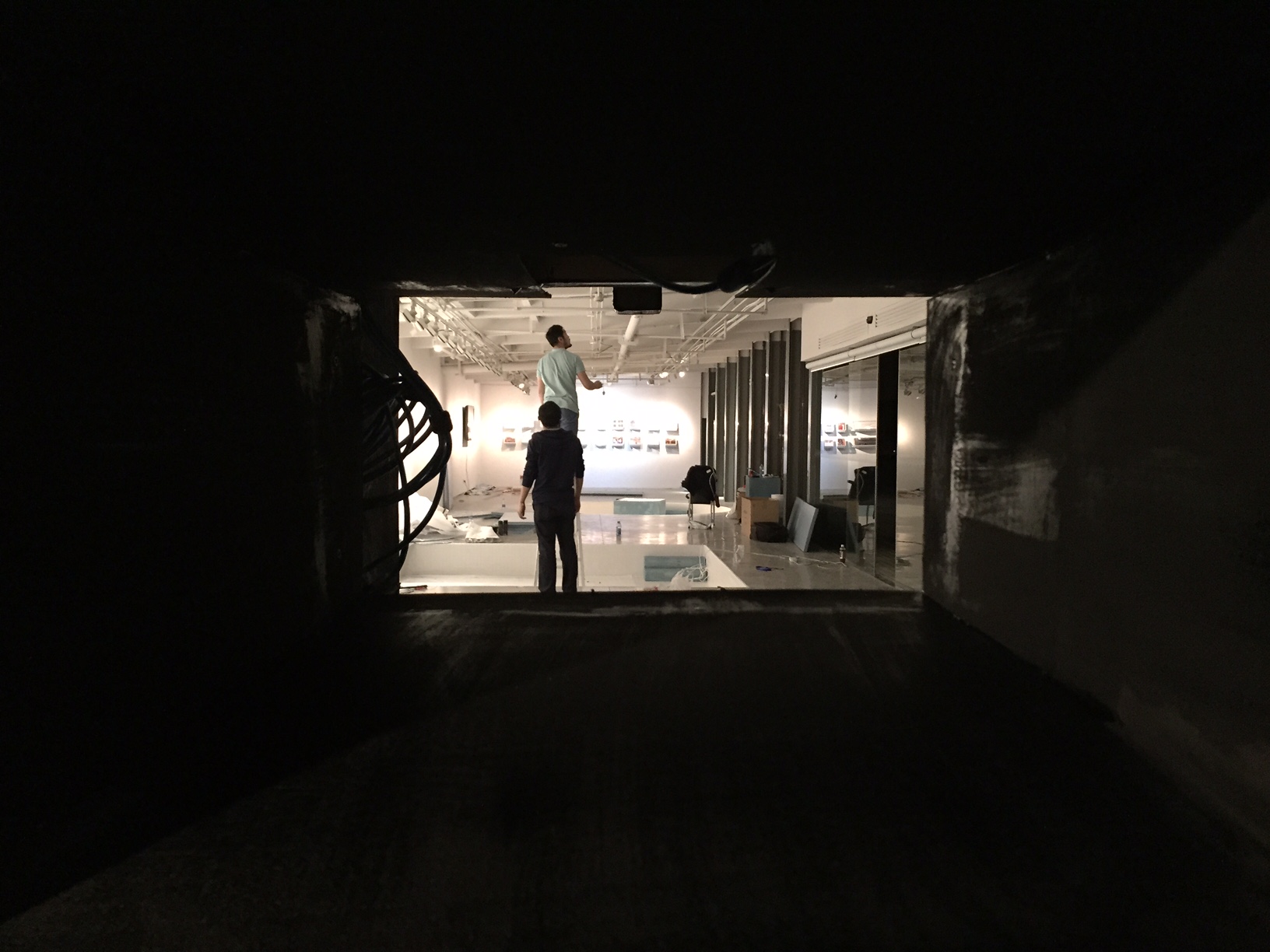 The opening was super fun, though. Visitors walked around the block, saw themselves inside, then started running around and taking selfies with the screen. 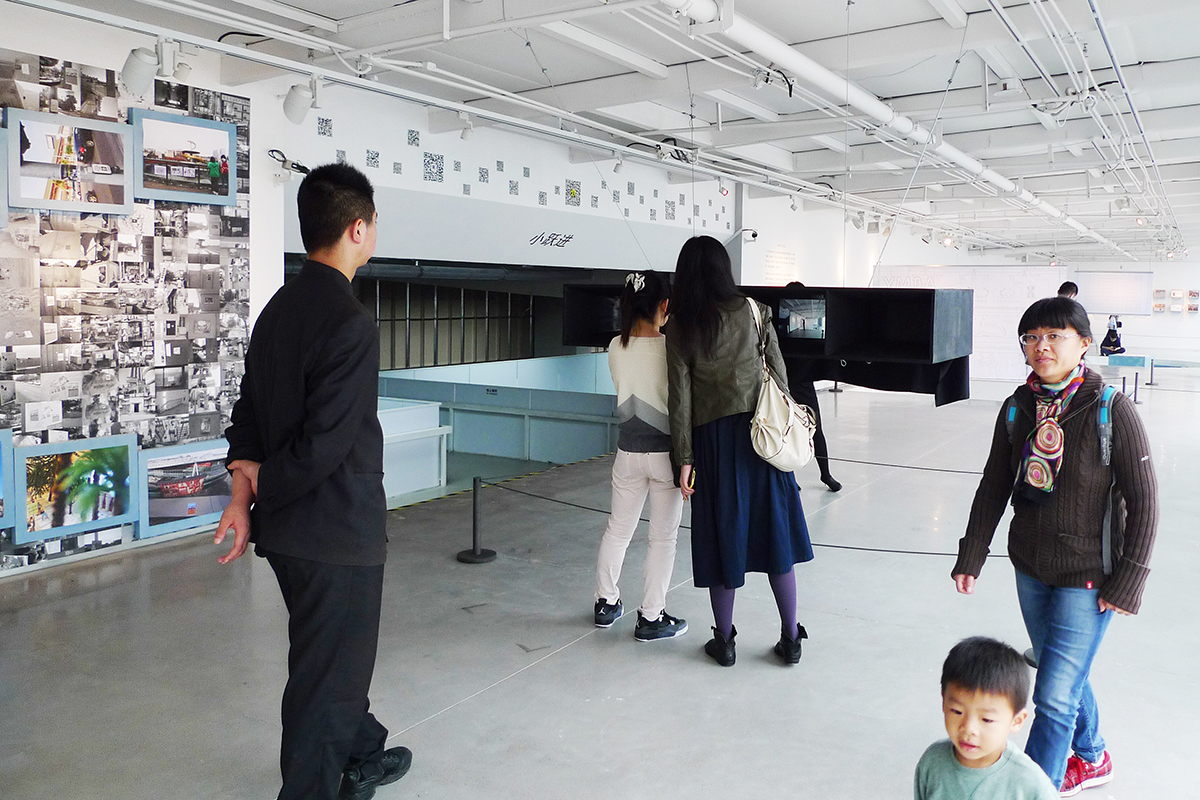 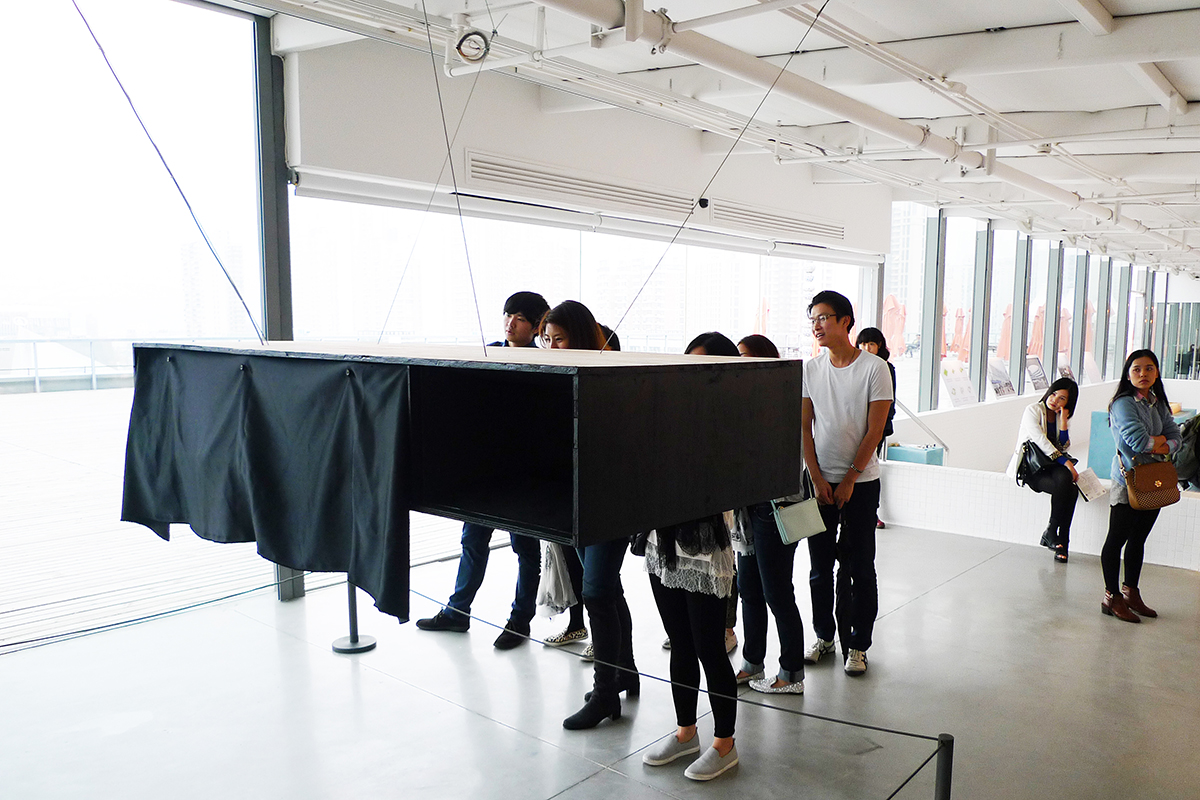 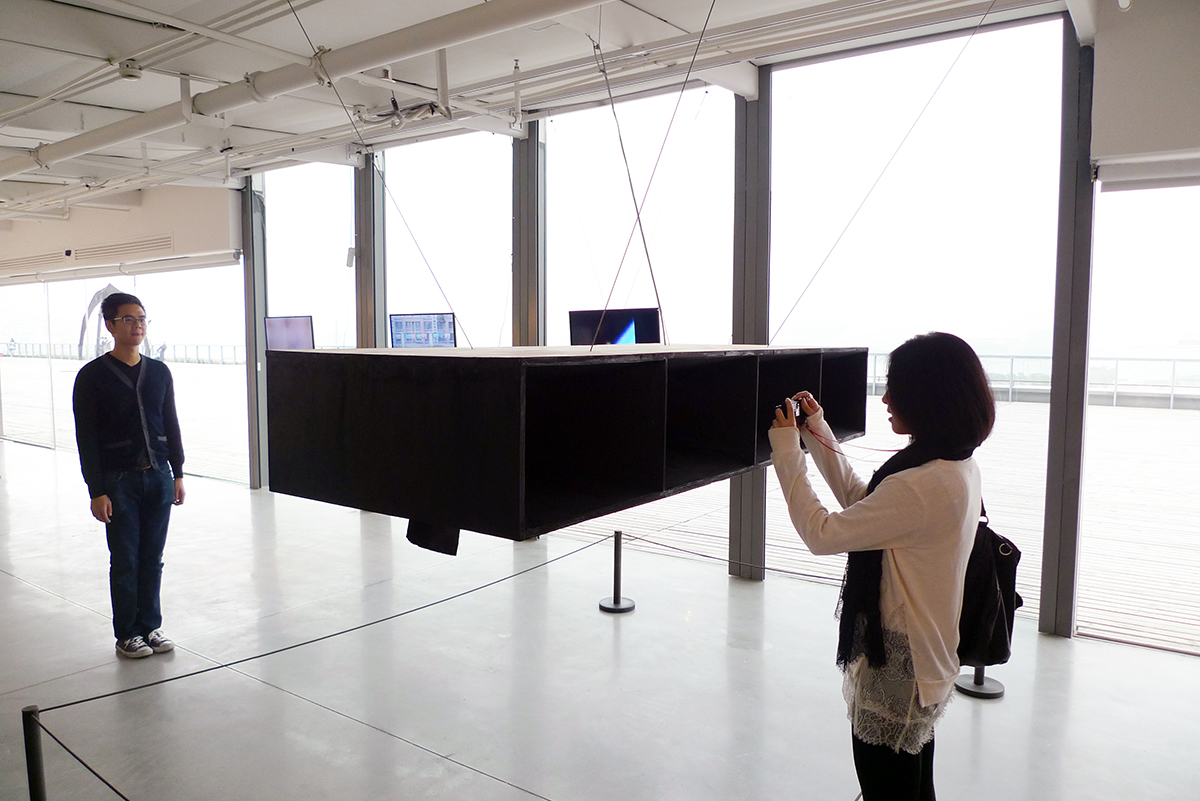 The experience could have been a lot better if we know what we were signing up for and planned accordingly. To begin with, we would build our piece locally and ship to the museum. Like everyone else did. 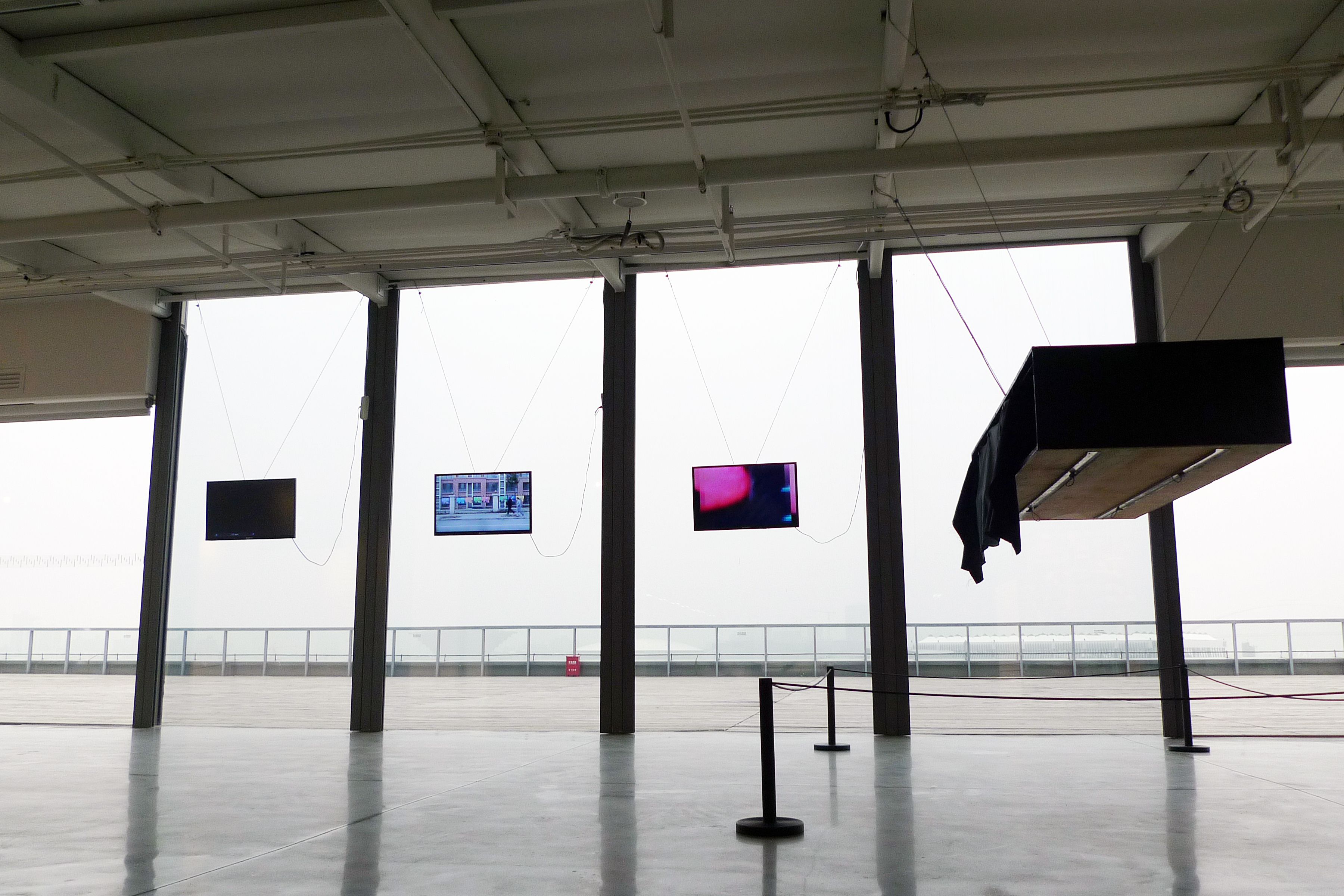 Despite all the drama, we met many good friends during the trip. Thanks to Fei Wang and Jun Wang for all the support. We could not have survived it without you.