This project won Thought Leadership and People’s Choice Awards at Microsoft Garage Science Fair 2014. We carried on the seamless pairing and sharing exploration with the Society of Devices submission to the first company-wide hackathon, which won the Business & enterprise category and made the final list of 10 out of 2,200 teams.

For the Perspective Pixels (aka Surface Hub) team hackathon, we came up with the idea of making a framework for board games. The large touch screen is used for shared map and public moves, while mobile devices are used for private cards and notes. The game itself is hosted on the large screen. Mobile devices can be synced simply by tapping on a NFC tag. The first time a device is connected, it needs to download a generic client app, which receives UI from the host and handles communication.

The Surface Hub is a large device. Reaching for something in the far end of the screen can be very difficult. The original Surface accommodate this by duplicating the same chrome in all four corners. For this game I implemented a few handy gestures. The circular menu flies to the user and orients itself whenever a hand is laid down with five points of contact. When dragging the menu to another position, if another finger is put down, the menu travels twice as fast:

Although the demo is about the game of Clue, one can easily imagine more scenarios in classrooms, meetings and parties where a public view and multiple private views are needed. The same framework can support a variety of applications. 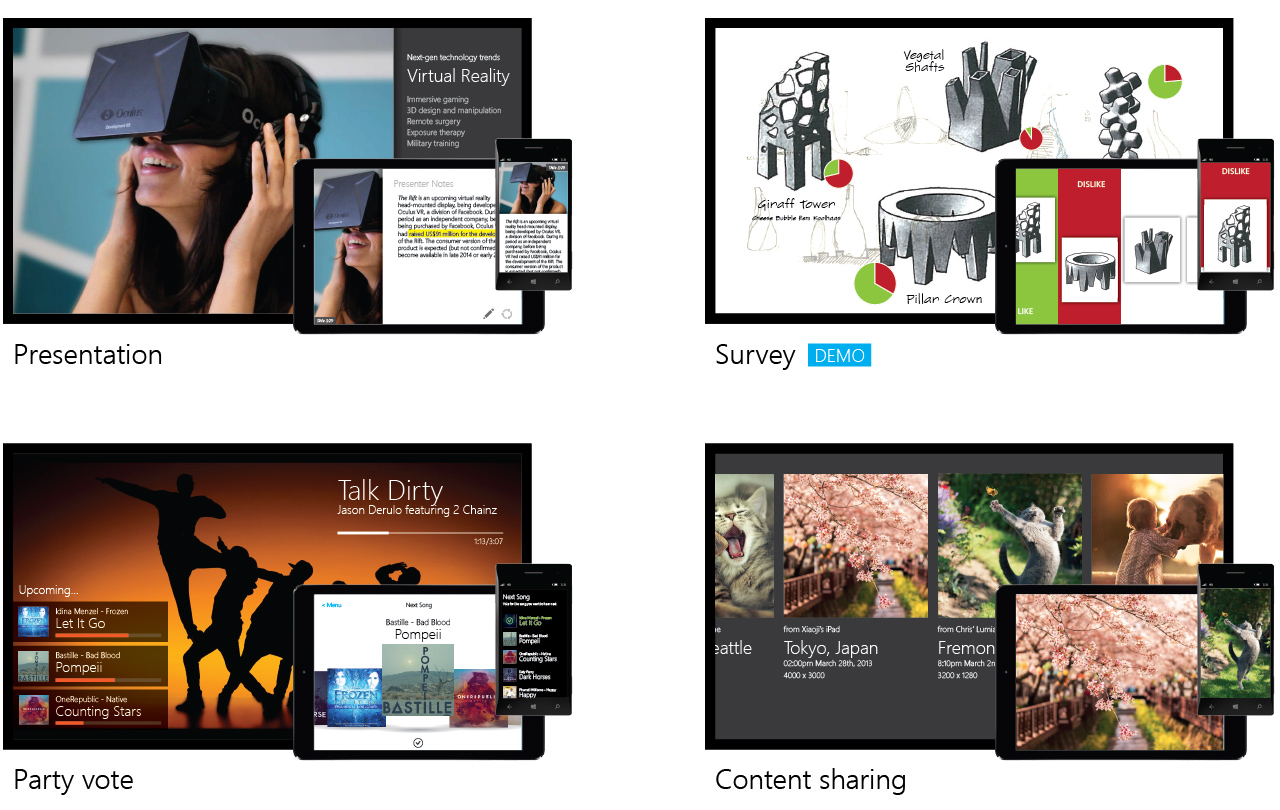